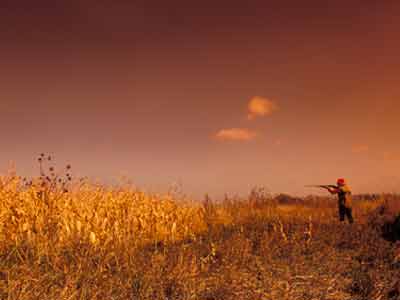 With public land scarce, private land can be the way to go -- with permission, of course.
Joel Sheagren/Collection Mix: Subjects/Getty Images

­There are several cate­gories hunting leases can fall into. Here's a breakdown of some frequent scenarios:

Non-Fee Access: The most basic and traditional method of hunting on private property does not involve charging a fee for access to land. These can be verbal or written agreements that hold the potential to help out both parties. Landowners -- often farmers -- are spared from having their crops become a buffet for the local wildlife, and hunters are able reach game that otherwise wouldn't have been available.

Exchange of Services: In some cases, landowners don't charge hunters to hunt on their land, but they do request a service of them in return. This request might be as simple as keeping an eye out for trespassers or something a little more intensive like helping manage the grounds. Hunters might pitch in by repairing fences, clearing up debris or maintaining food plots for wildlife.

Fee Hunting: There's a growing trend, however, for landowners to charge hunters a monetary fee to hunt on their property and this is for a couple of reasons. While getting assistance containing wildlife populations within the habitat's carrying capacity, landowners can also maximize their return from the land or in some cases, turn a hobby into a sideline business. And last but not least, many charge for leases simply because the demand is there. A landowner planning to charge for a lease has a couple of options.

Another way leases can be tweaked is by which species they cover. For example, even though many hunting seasons overlap, a lease can dictate if a hunter can shoot all eligible game or if he or she is limited to a specific type such as deer or turkey.