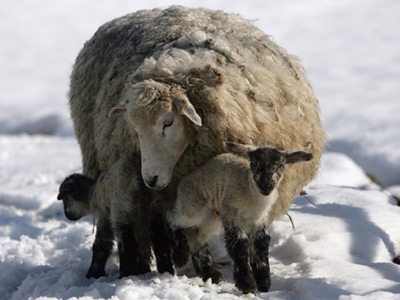 To the untrained eye, a sheep might look like a big, dumb heap of wool standing around in the rain. What you might not know is that the wool on a sheep's back is actually a sophisticated web of fibers that may well be the most versatile and useful animal product on Earth, outside of perhaps leather. That same s­heep milling about a field in the cold wetness is actually keeping pretty dry and warm underneath, thanks to the amazing characteristics of its "sweater."

At the beginning of 2008, there were about 6.1 million head of sheep in the United States. That's a lot of wool, but nothing compared to New Zealand. The old joke is that sheep outnumber people there 20 to one. While that's not quite the case, it isn't too far off. There were about 4.3 million people living in New Zealand in March 2009 [source: stats.govt.nz]. Agricultural production statistics in June 2008 placed the number of sheep in New Zealand at just under 34 million head [source: stats.govt.nz]. That means there's almost eight sheep for every one New Zealand resident. If the same were true in the United States, there would be about 2.4 billion wooly creatures roaming the fruited plains.

­Most of the 46.5 million pounds (21 million kilograms) of wool produced in the United States is sheared during the spring months [source: American Sheep Industry Association]. The average weight of a sheep's wool, or fleece, in the United States is about 8.3 pounds (3.7 kilograms), but some sheep can have as much as 30 pounds (13.6 kg) of the thick insulator in other parts of the world [source: sheep101]. One thing is for sure -- 30 pounds of wool, even in the pouring down rain, will keep a sheep warm and toasty thanks to the unique nature of this wonder fiber. 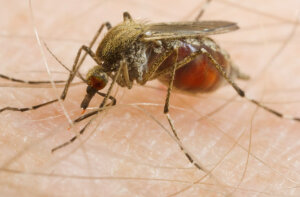 How does bug- repellent clothing work?

­Why is cotton more absorbent than nylon?