by Kate Kershner Feb 9, 2017
Camping can help you catch up on sleep and it's not just because you're exhausted after the trek. Chalermkiat Seedokmai/Moment Mobile/Getty Images

In this heady era of peak efficiency and productivity, when apps and software promise you the fastest path to personal or professional organization, you might even want to regulate the time you spend dozing. Between excessive screen time and longer working hours, you might be desperate for a more natural (and probably earlier) bedtime. But setting a sleep schedule is no small matter.

A new study in Current Biology shows that there might be a rather simple — if not rugged — solution. A weekend of camping could be the path to an earlier bedtime.

No, it's not because of exhaustion from constant grizzly-vigilance (although that can't hurt). It's because we rely on electrical light at night and get too little exposure to daylight, so our circadian rhythms push for a later bedtime. Our circadian rhythms, or our 24-hour cycle of behavioral responses to light and darkness, control our biological clocks.

The researchers studied campers for a week in the winter and a weekend in the summer to test seasonal and environmental circadian changes. During the winter, the campers used no electronic light at all. The study found that after spending time in natural light and darkness, the participants adapted to the natural light-dark cycle. They slept longer and went to bed earlier than they would in electrical environments — a whole 2.5 hours earlier for the winter group.

Notably, the research shows that even around the winter solstice, when nights are long, folks enjoyed an earlier bedtime after being out in nature for a few days. Melatonin levels, which regulate wakefulness and sleep, rose at night and fell right when the campers got up, the typical cycle. But before they tromped through the wilderness, their melatonin levels were slightly off, falling hours after they got up, meaning their bodies still desperately wanted to sleep. Camping is particularly advantageous on the weekend, the research also shows, because that's when we usually wake later and sleep later, and have circadian delays.

So, it is possible to reset our biological clocks. Just like a lot of animals, we adapt to seasonal light changes. And by simply enjoying more natural and less electric light during the day, we can be primed for better sleep at night.

Now That's Interesting
Even more benefits might come from knowing humans respond to seasonal light so strongly. Kenneth Wright, a co-author of the study, points out that workplaces with more natural light could lead to more rested — and productive — workers.

Here's Some New Teen Lingo for You: Dripping 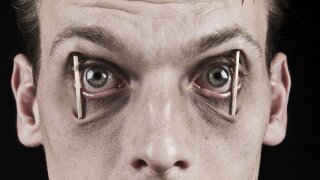 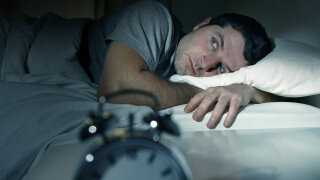 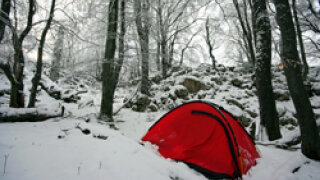 10 Spectacular Places to Camp in the Winter

In Search of the Perfect Proustian Madeleine
April 7, 2020