The Girl Scout Organization: Girl Scouts of America and Beyond 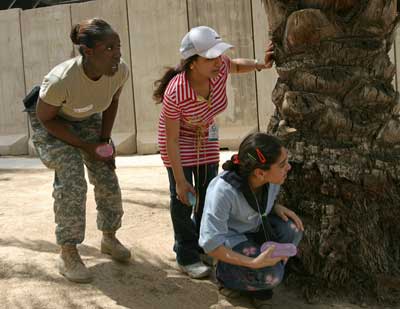 The Girl Scouts of America has avoided much of the press given the Boy Scouts because it has an official policy of nondiscrimination. It doesn't endorse any lifestyle choice and feels that homosexuality is a private matter.

Its open door policy has led some conservative Americans to believe the organization is run by radical and militant feminists and lesbians. This idea gained more attention in the 1970s, when the Girl Scouts asked Betty Friedan, a noted feminist, to sit on its board of directors. The Girl Scouts of America also has a history of supporting relevant women's legislation, such as Title IX, which requires equal funding for female and male activities that receive public support. When asked today if the Girl Scouts considers itself to be a feminist organization, the answer usually is this: that the girls involved in the program are encouraged to develop a strong will and independence, which has little to do with feminism, and more to do with what is required to succeed in today's world.

In 1993, the Girl Scouts allowed each troop to change the Girl Scout promise if they wished, removing the word "God" from the creed. Not only may each troop makes its own decision on this, but each girl may choose to use the word "God," another word or nothing at all. How many troops have made the change is unknown.

The cookie sale, because it's such an effective fundraiser, causes controversy each year. Often, it's the simple matter of Girl Scouts setting up tables in front of a store or office building where they obstruct traffic. Other times it's more complicated. For example, one girl set up her sales stand, had her mother man it while she was at school, and sold a record breaking 17,323 boxes of Girl Scout cookies [source: Sultan]. Although parents provide some type of help in the cookie sale, many people thought that particular mother was overly involved.

Girl Scouts who remain in the program through their teen years have the opportunity to earn the Gold Award. To earn this award, the Girl Scout must be between the ages of 14 and 18, keep a journal documenting 30 hours of work in a leadership role, 40 hours of career exploration -- for example, working at a job -- and then choose a project. The project is a community service project that she develops and implements on her own. It should be something about which she feels passionate. She's required to submit a final report detailing the project. Each year, only about 5.5 percent of the Girl Scouts who are eligible for the Gold Award receive it, so it's a very prestigious award.­

There are a variety of youth organizations around the world, but the Girl Scouts of America is the largest organization solely dedicated to girls. Some groups, such as CampFire USA and Adventure Guides, which is associated with the YMCA, are co-ed, and others, like Challenge Girls and American Heritage Girls, are strongly rooted in religion.