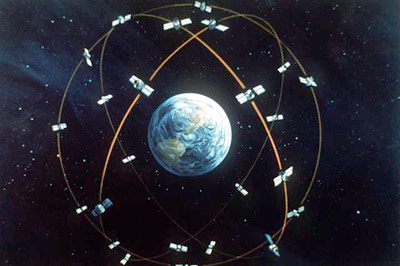 Like many technologies, GPS receivers inspired a community of enthusiasts and early adopters. GPS receiver owners were excited that they would have access to much more accurate data much earlier than expected (the government had originally planned to turn off Selective Availability in 2006). One of these enthusiasts, Dave Ulmer, thought it might be fun to test GPS receiver accuracy by hiding a container in a remote area in Oregon and then posting the container's coordinates on a GPS user group on the Web. He put a logbook, a pencil and several small prizes in the container. His post included the instruction, "Take some stuff, leave some stuff."

It took only three days before two GPS enthusiasts found the container (independently of one another) and reported back to the user group. The container was left in the same position so that other people could find it and log their experience. Many GPS receiver users wanted to play, but they lived too far away to hunt for Dave's container. Enterprising users began to create their own caches. Mike Teague, who was the first to find David's container, began to post cache coordinates on his own Web site. At first, the game was called "GPS Stash Hunt," though it didn't take long before other players suggested alternative names. Matt Stum suggested geocaching, combining the words geo, meaning Earth, and cache, meaning a temporary storage location. The name gained wide acceptance and is the most popular term used to describe the game today.

It is interesting to note that Dave Ulmer's exercise set the standard for almost all future caches. While it's true that a cache doesn't have to include anything more than a logbook (and virtual caches don't even need that much -- more on that later), most caches are remarkably similar to the first one. More often than not, they include a logbook and several small prizes that players can take as long as they contribute new prizes to the cache.

In the next section, we'll look at what it takes to go on a geocache hunt.