Mineral Rights: Who Owns the Gems? 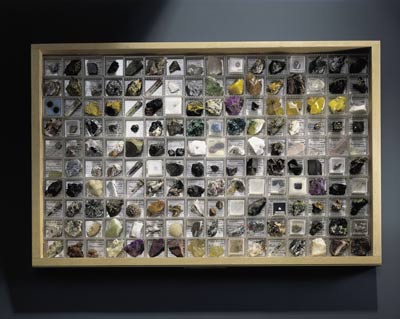 If you find some great specimens, are you allowed to keep them? Probably, but the legal issues surrounding gem hunting can get a little tricky.

You're not allowed to hunt for gems on private property unless you have permission from the property owner. If you don't have permission, you won't be able to keep anything you find and you could potentially be arrested for trespassing.

If you're on state or federal land, ownership of mineral rights becomes a larger issue. The government owns the mineral rights unless those rights were severed at some point in the past, in which case a private person or company might own them. That means that even though you're on public land, you don't necessarily have the right to hunt for gems.

So what's a gem hunter to do? Call the office of the state or federal park where you plan to go hunting. In many cases, you can engage in recreational mining and keep anything you find as long as you get a permit and follow the rules. In the Western U.S., you might be allowed to stake a claim. Sometimes, the mineral rights for public land were left up for grabs, so you can set aside a small area and claim whatever gems and minerals might be found there. You'll probably have to pay an annual fee or taxes to maintain the claim.

If your gem hunting is less systematic, you don't have to worry too much about mineral rights on public land. Technically, you might not be allowed to hunt gems in state or national parks, but as long as your collecting is unobtrusive and on a small scale, chances are no one will bother you about it. Again, it's always a good idea to call the park office and find out the rules regarding gem hunting, as they can vary.

Once you take you legally obtained treasures home, what do you do with them? If you're a collector, you'll probably want to catalog your gems and put them in a display. If you want to increase your gems' value, you'll need some expert help.

Lapidaries analyze, grind, cleave, cut and polish gemstones. These artisans might cut opaque stones into cabochons (smooth, oval shapes that hide flaws). Clear gems can be cut with facets to emphasize their shine and sparkle. If you try to grind and cut a gem yourself, you could destroy it or create a flaw. A professionally cut stone is worth about three times as much as a rough stone. If you've found large specimens, certain minerals can be carved into statues by specialized sculptors.