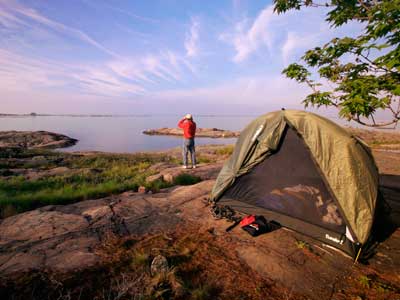 National Parks Image Gallery Some people camp at designated campgrounds, and others seek out their own scenic spots. See some scenic spots in these pictures of national parks.
Doug Hamilton/Getty Images

Picture dense woods of pines, trickling waterfalls, slipping into your fleece and roasting marshmallows around a fire. Then imagine bug bites, sleeping in the cold and rain, and a bear roaming a little too close. Camping's brushstroke is pretty wide. Sleep outdoors in a temporary shelter like a tent or a vehicle, and you're basically accomplishing it.

Ironically, it was the affordability of the automobile -- not nature's splendor -- that first thrust camping into widespread popularity. In the 1920s, in the aftermath of the Industrial Revolution, people flooded the cities to take up residence. But they ultimately yearned for the great outdoors they'd left behind. The automobile gave people the means to reach it, and, in fact, the first organized campers were referred to as "tin can tourists" because most of them drove model Ts. Henry Ford and Thomas Edison were both camping enthusiasts [source: Ford, Detroit News]. As American car culture continued to develop in the '30s and '40s, interstate highways emerged, which allowed campers to visit sites like Yosemite National Park. Camping facilities sprang up around these areas of natural beauty, and camping became an important part of recreational life and an inexpensive way to see the country.

­Camping still satisfies the desire to hit the road and experience an adventure on a relatively small budget. Today, more than 47 million Americans camp each year [source: Outdoor Adventure]. In fact, camping is the foremost outdoor vacation activity in the U.S. About a third of American adults have gone camping in the past five years [source: TIA] -- average age, 37, and average household income, $43,000. It's often a family activity -- 59 percent of campers went on camping trips with their spouses, and almost half say they brought their children along [source: TIA]. Most campers don't venture to the outdoors just to sleep there. They also bike, hike, canoe, kayak, raft and more. Once you invest in some basic camping supplies, you can use them for camping trips for years to come. 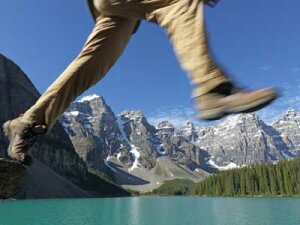 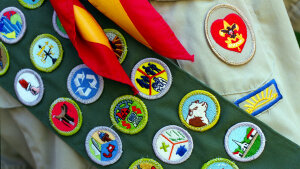 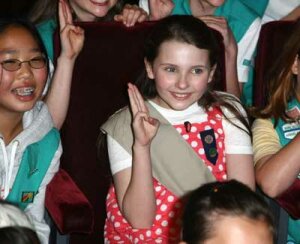