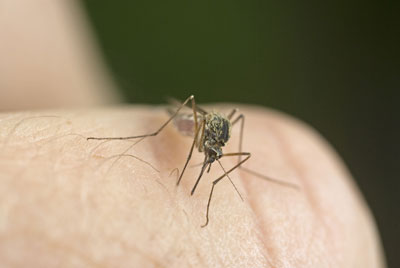 Insect Pictures You may be tempted, but please don't smack your computer screen. See more pictures of insects instead.
Emanuele Biggi/Getty Images

Bzzzzzzz. Bzzzzzzz. BZZZZZZZ. SMACK! Mosquitoes -- maybe the most annoying pests to ever fly, walk or crawl the earth. Nothing ruins a camping trip, a picnic or a backyard cookout like these blood-sucking insects. When you consider that mosquitoes have been pestering the inhabitants of our planet for 100 million years, you know it's not likely they're going to go anywhere anytime soon either. And they aren't just bothersome -- mosquito borne illnesses kill more people worldwide than anything else [source: Outside Magazine].

Most people might think these little vampires just feed on human blood like it's food. It's actually only the females that stick their little syringes, or proboscis, into your skin -- and draw blood to help develop their eggs. The lifespan of a female mosquito is only about three to 100 days, but that's enough time to put a dent into your summer fun. It's also enough time for a female mosquito to have anywhere from 1,000 to 3,000 baby mosquitoes. It doesn't take long for these little guys to grow up either -- they mature into adults in less than a week. And, if most of the mosquitoes in your yard look familiar, it's because they rarely travel more than a mile from where they were born. You may also notice that they tend to die down at night. That's because most mosquitoes do their work like you and me -- from dawn to dusk.

So what can you do to prevent these insects from infesting your yard, besides getting rid of standing water? Foggers and sprays are only effective for a few hours at a time and aren't exactly environmentally friendly. Bug zappers may be fun for the whole family, but they actually kill beneficial insects and attract mosquitoes without killing them. Notre Dame University performed a study that showed a 10 percent increase in mosquito bites for people that had zappers in their yards. Citronella candles and smoking coils work, but only if you're extremely close to the smoke they emit. Bug sprays are an effective way to keep them from biting you, but ingredients like DEET have been shown to be toxic, especially for kids.

If none of these methods for achieving a mosquito-free life work for you, there's an alternative. It's not a spray and it doesn't emit smoke or a harmful, foul-smelling spray. It's a technology that's built into the clothes you wear. That's right, companies are now manufacturing insect-repellent clothing. All you do is put it on and relax. 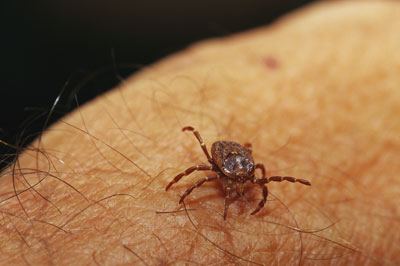