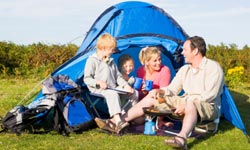 There are endless opportunities to amuse your family out in the wilderness.
©iStockphoto.com/Monkey Business Images

Ah, camping -- a chance to get out into nature and away from the toils of everyday life. But in today's tech-heavy world, have we forgotten how to occupy ourselves without the aid of gaming devices and television? Luckily, people have been playing games a lot longer than we've had the benefit of electricity, so we know it can be done. Whether you've got a group of young kids or hard-to-please teenagers, there are activities to engage them all. Here are five family camping games to keep in mind as you plan for your adventure! 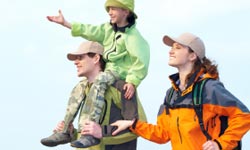 I spy with my little eye ....
©iStockphoto.com/Anastasia Pelikh

"I Spy" is a classic game of distraction that can refocus bored or antsy kids. The premise is simple: One person begins the game with the phrase "I spy, with my little eye, something …" and fills in the blank with a letter, color or texture. So, if the object you pick is a flower, you might say, "I spy something yellow" or "something that begins with the letter 'F.'" The other campers will look around and take turns guessing which item it might be. The "spy" can offer clues during the guessing. Whoever guesses correctly gets to start the next round. "I Spy" is great to play while on a hike, because it draws attention to the things around you. You can also use it to make chores, like setting up a campsite, go more quickly. 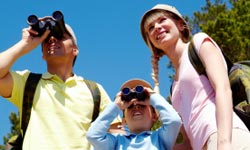 You can either set up your own hunt or look for things found in nature.
©iStockphoto.com/PressFoto

A scavenger hunt is a great way to get everyone on their feet to experience the surrounding landscape. You can take your scavenger hunt in one of two directions -- either plant your own objects and clues around the campsite, or else simply look for things already found in nature. Safety is an important consideration for scavenger hunts. If you have younger kids, pairing them up with an experienced camper is a good idea, so that they can learn what plants to avoid and how to safely navigate the terrain. Set a time when everyone must be back at the campsite, at least a couple of hours before dark. And, when you hand out the clues or list of things to find, give each team a whistle and a flashlight to use in case of emergency. Once everyone is back at the campsite, have each team do a show-and-tell with their findings. 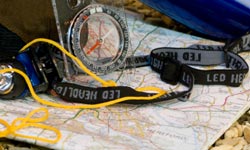 What better place to teach your kids navigational skills than the outdoors?
©iStockphoto.com/Kamo

Being able to understand what a map is, and how to read one, is important for campers of all ages. Start your smallest campers out on the right track by having them draw their own version of a map. You can use the area surrounding the campsite, or have them draw the hiking path you just took. It's a good opportunity to talk about landmarks and directions. Challenge older kids by giving them a compass and having them plot the directions you take on a hike.

Another fun map-oriented activity is a constellation hunt. Look through a book about constellations with your kids and see how many you can find in the night sky. You can even work a little history lesson into the mix by telling the stories behind each constellation's name. See any other shapes lurking in the stars? Have your kids make up names and stories for these brand new constellations. 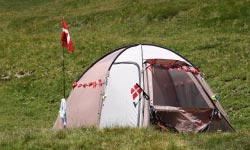 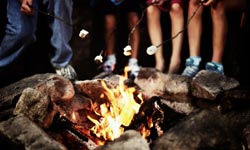 Possible contest: See who can make the best s'more.
©iStockphoto.com/MrsVega

As the day draws to a close, finish up the activities with stories around the campfire. The pitch-black wilderness just outside the firelight lends itself to spooky tales in particular. But it doesn't have to be a one-person show; the entire group can get in on the act with round robin story-telling. A round-robin story is one that each person adds to. You can create a story sentence-by-sentence, or each person can add as much or as little to the story as they wish. Simply go around the circle a set number of times, or until the story seems to be finished. Round-robin storytelling challenges everyone's imagination and demands quick thinking of the participants. It also allows the younger campers among you to participate, as opposed to simply listening.

So, there you have it -- five great camping games for your family! Check out the next page for lots more information and ideas. 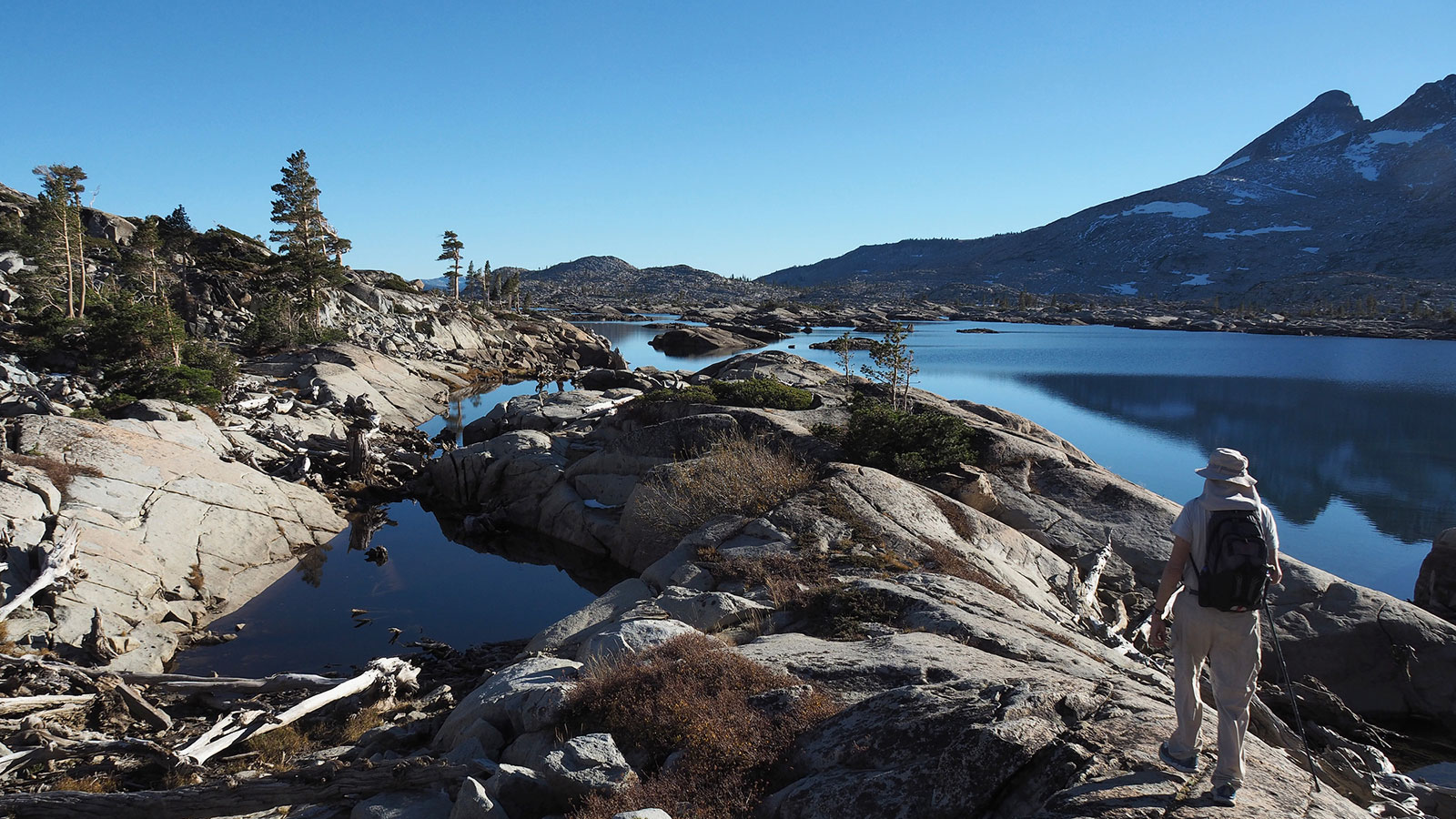