­Walleye spawn occurs in shallow waters­ -- usually from 1 to 20 feet (0.3 to 6.1 meters) in depth and preferably rocky-bottomed areas. They use reefs, gravelly beachfronts and rip-rap used to protect the shoreline from erosion [source: Pitlo]. Rocky, uneven surfaces provide the gestating eggs some protection from predatory fish. The best spawn sites have moderate waves because wave action keeps the gestating eggs oxygenated, clean and free of silt buildup. If no suitable sites are available, walleye may use sandy beaches. Often you'll find them along the northern and eastern shores. They choose those directions to take in the southern and western sunshine in the afternoon, which are the warmest time of day [source: McClelland].

Some walleye spawn in lakes and reservoirs, while others spawn in streams and tributaries. The variation protects the entire school from being wiped out by natural disasters. The stream spawn comes sooner because of the warmer water; it may even begin before the ice is fully thawed [source: Shining Falls Lodge]. Stream-spawning walleye swim upstream as far as they can until they're blocked by a dam, gorge or other obstacle. That's where they congregate for the pre-spawn party [source: McClelland]. Alternately, they'll gather at the mouth of an inlet, and when the females make their appearance, they'll all travel up tributaries to spawn on banks and rocky places [source: Webb].

Lake-spawning walleye typically gather early at a place of sufficient depth and then dart into the shallow water to deposit their eggs [source: Webb].

Female walleye spend most of their time in deep waters -- where there is greater cover and food availability -- and appear just before the nocturnal spawn. Even then, they'll retreat to deeper water in the daytime. When their efforts are complete, they return to deep water to rest [sources: Shining Falls Lodge, Webb]. Stream-spawning walleye often head back to larger bodies of water after the spawn. Males tend to linger in the staging area for a few weeks, and then abandon it once the females have disappeared [source: Pitlo]. The spawn provides ample opportunity for the fisherman who understands walleye habits.

Now you've got all the background information. Read on to learn the tricks of the catch.

How Long Is the Spawn?

The spawning activity takes each walleye about four hours to complete. They may put in that time all at once or over successive days [source: McClelland]. 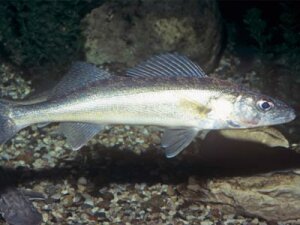 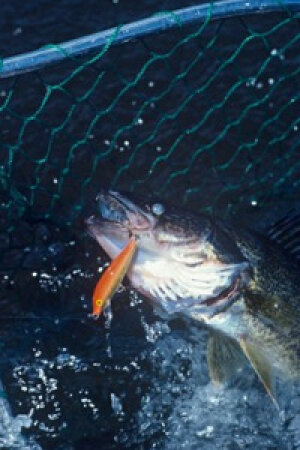 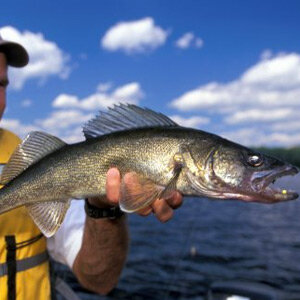 How to Hold a Walleye