Once the smolt matures into an adult, it will spend a few years eating and growi­ng in order to get ready for spawning. Some species of trout migrate from streams to very large bodies of water, like lakes and even oceans, while others merely head upstream. Adult trout that have moved to larger bodies of water have access to much more food, and it's during this stage in the life cycle that most of their growth occurs.

As adult trout near spawning maturity, they begin to undergo changes in their color, behavior and anatomy. The trout's exterior shifts from a silvery color to bright red, pink and green. The closer to the spawning event, the easier it is to distinguish between the male and female trout. Male trout develop a hooked jaw called a kype, which elongates in size. The female, as the eggs grow in the abdomen, becomes more rounded and stout.

Different species of trout spawn during different times of the year. Depending on what trout species inhabit the areas near where you live, and what trout species you're interested in observing, you'll want to make sure that you coordinate your visit with the correct spawning season.

Rainbow trout spawn earlier in their lives than most other trout species (at roughly two years) and their spawning season occurs in the late spring and early summer as water temperatures rise. Brown trout spawn in the fall, from late September to early November, and are primarily active during the daytime. Lake trout, on the other hand, spawn at night during the autumn months.

You've got the time nailed down, but where's the best place to invade these spawning trout's privacy? Read on to find out.

The Myth of the Sand Trout

During an especially brutal drought in the Sonoran Desert of the American Southwest, it was rumored that a new species of trout had evolved to deal with the dire conditions. This new species, the sand trout, was reported to have developed lungs to breathe in the muddy water and to have their eyes raised on stalks to see above the sandy surface. Sounds fishy [source: Grames]. 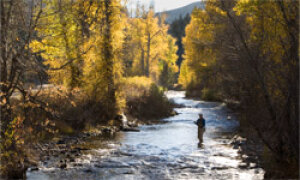 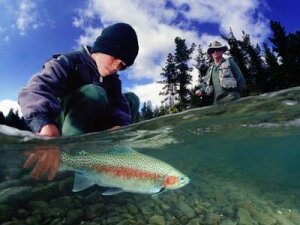 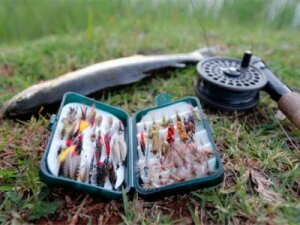