Some of the best pike fishing in the world is in Sweden. The S­wedish archipelago (or Skärgård) runs along the coast of the Baltic Sea. It contains numerous smaller archipelagos such as Västervik, Trosta, and Blekinge. Stockholm Harbor has yielded some record-breaking fish. Grankullavik Bay has many opportunities for a bite. Sweden's miles of rivers, too, are full of pike. Try the Kalix or the Sangis.

What makes Sweden such a heaven for pike anglers?

For a trip that combines fly fishing with history, take a look at Aland -- the part of the Baltic Sea between Sweden and Finland. Sweden's numerous rivers keep the water here from being too salty. It's been a hallowed fishing ground for several thousand years. Even before the Vikings fished here, early cultures made sacrifices of pike. In Basto Fishing Camp, you can still see pike skulls adorning trees all around the ancient fishing sites.

Ice-off in Sweden happens relatively late, around the second week of May. This is around the same time that pike spawn, however, so you can often find waters teeming with hungry pike. What happens when the waters get warmer? Read on.­

Lake pike tend to be several pounds larger than river pike, but you might want to back the river pike in a fight. Something about swimming in river currents makes river pike much more aggressive than their lake-dwelling cousins. If you're looking for a fight, follow the running water.

You're not the only one who thinks pike is a tasty meal. Pike eat each other, too -- they're cannibals. It's fairly common for females to eat the smaller males during the spawn, after fertilization has taken place. 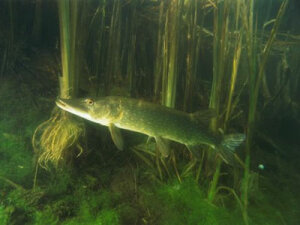 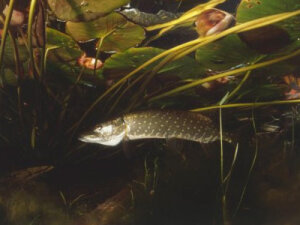 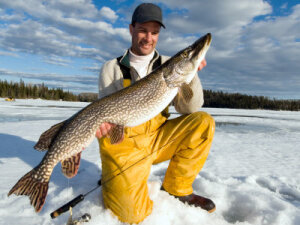