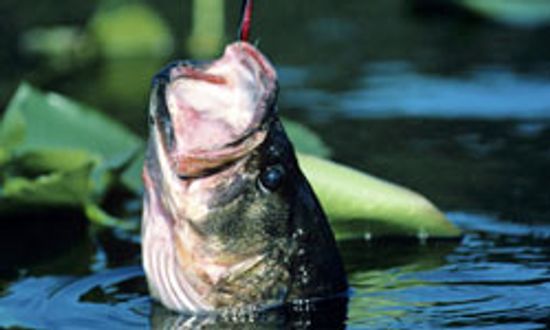 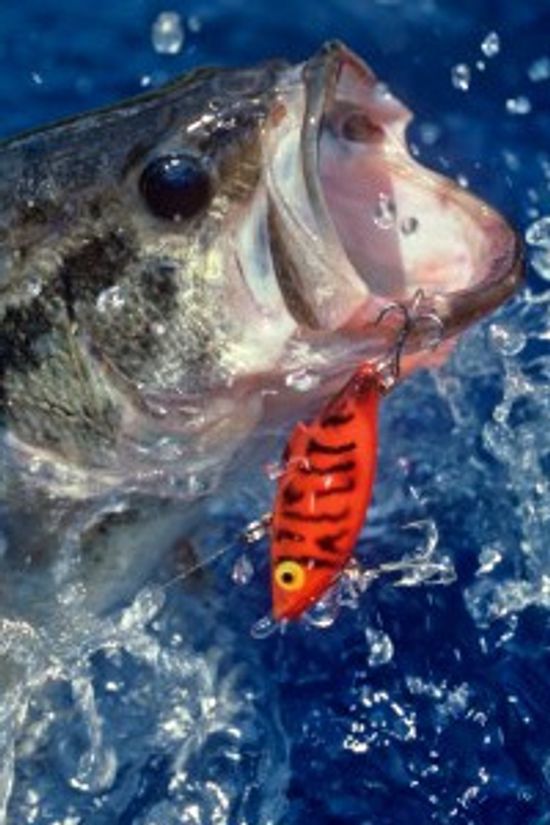 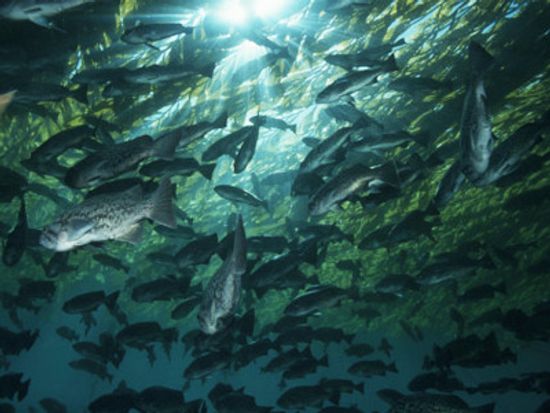 How the Bass Spawn Works 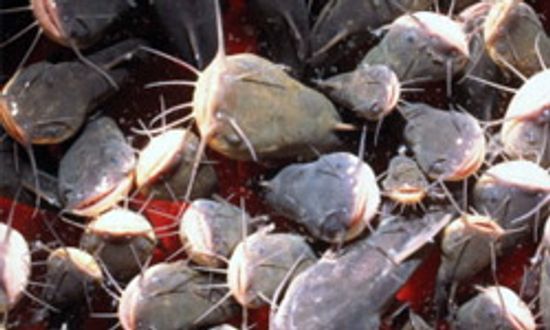 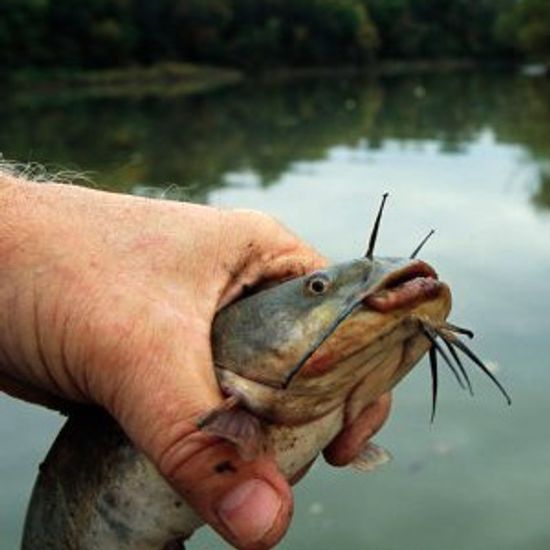 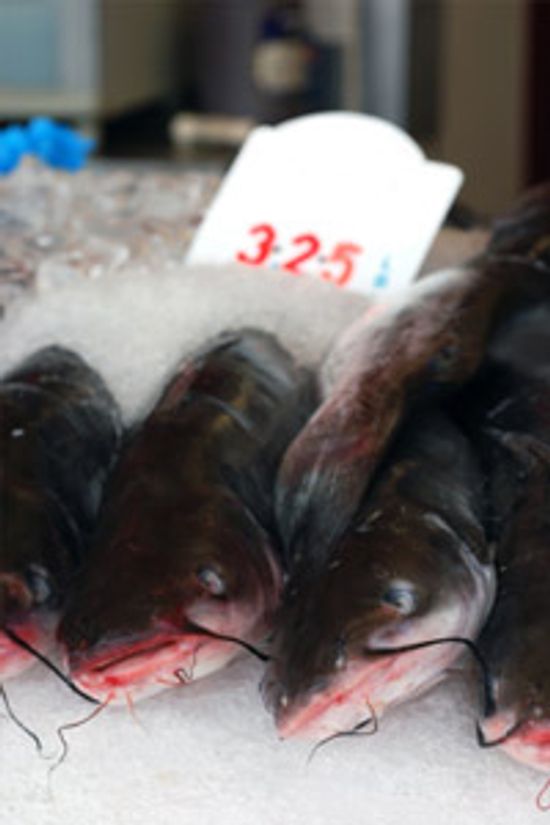 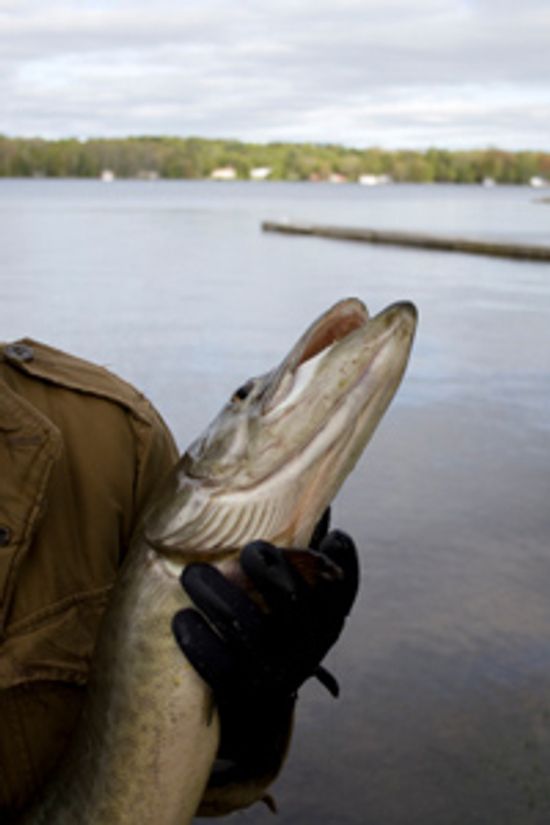 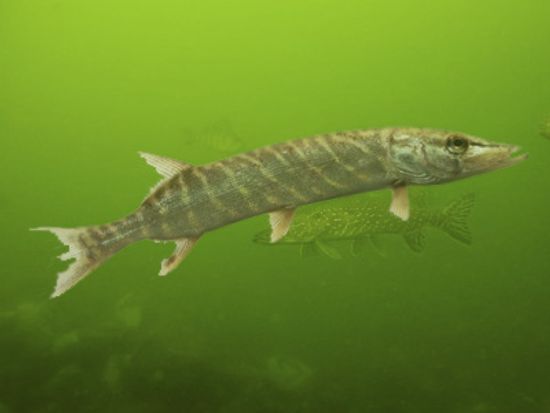 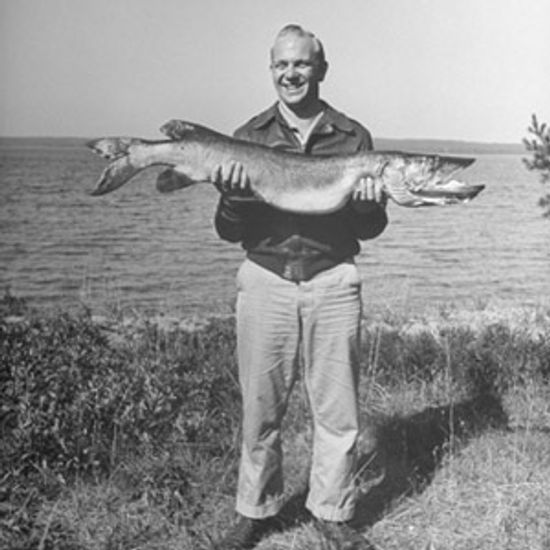 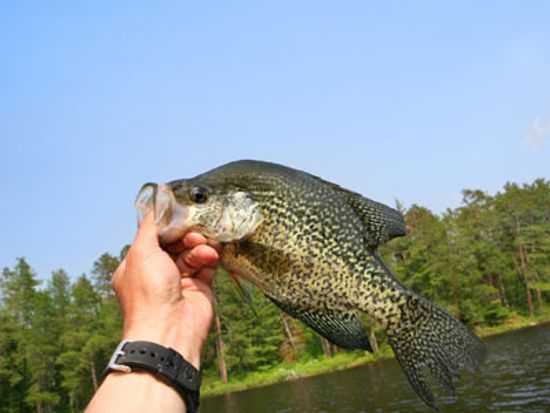 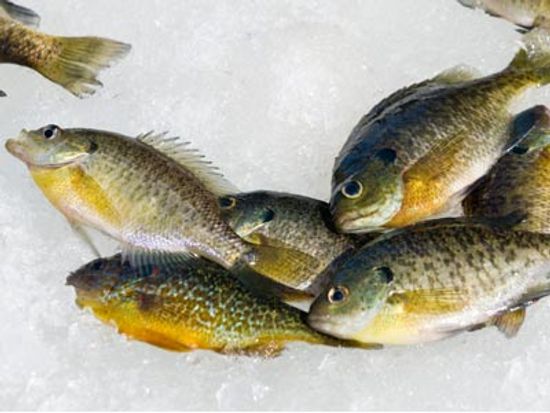 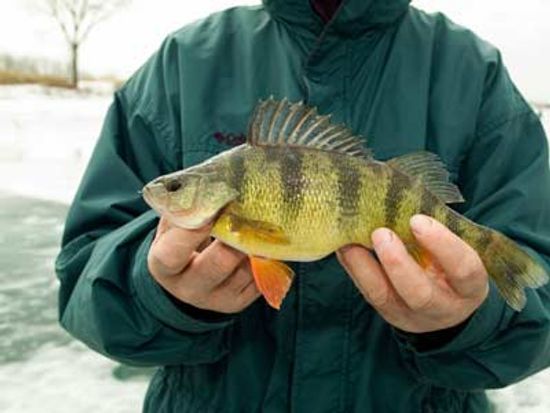 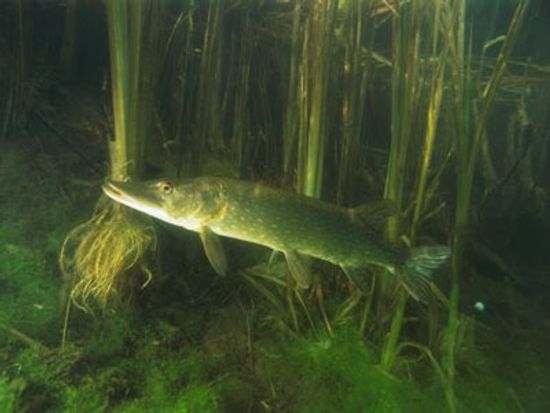 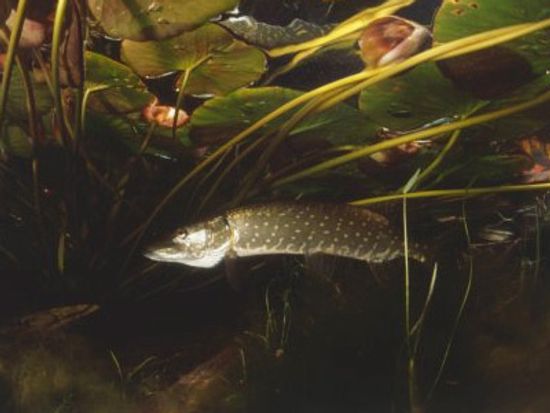 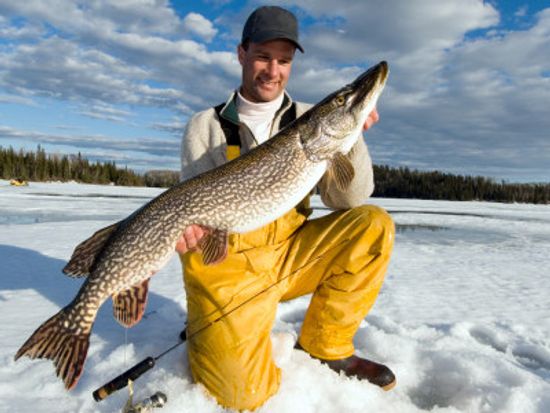 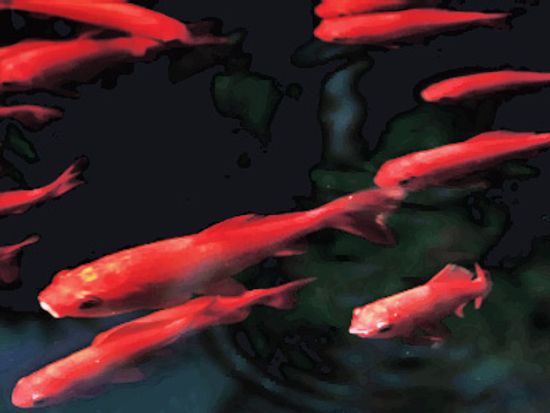 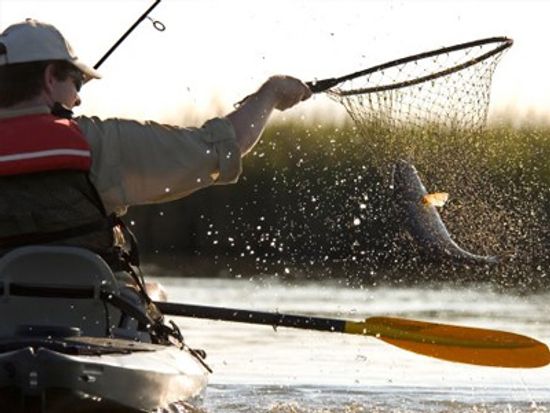 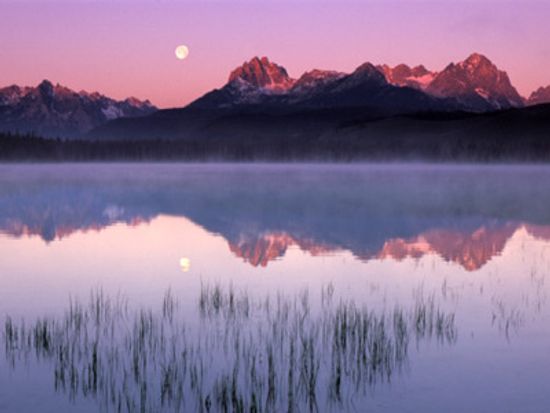 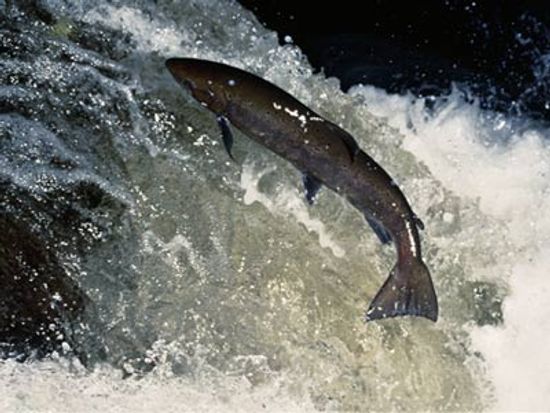 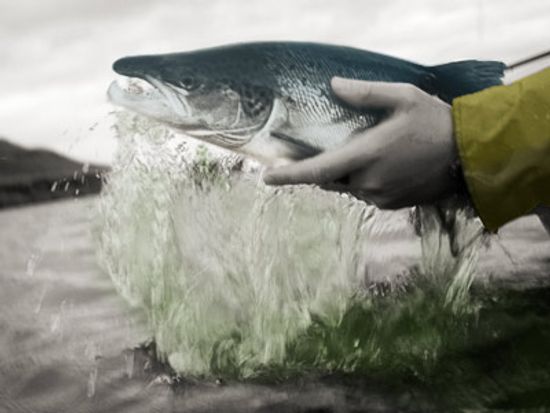 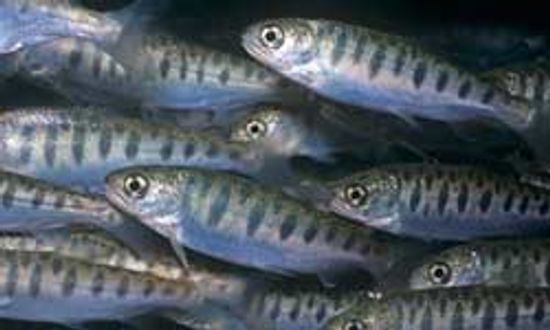 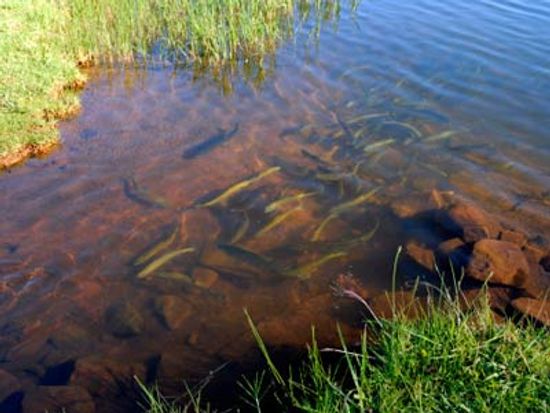 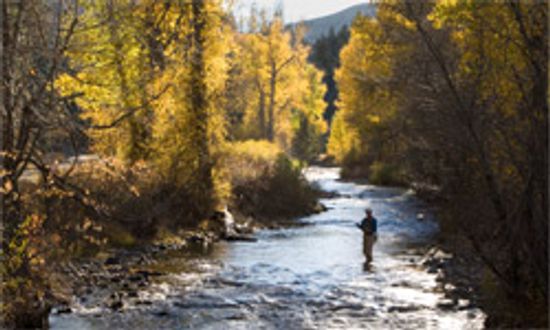 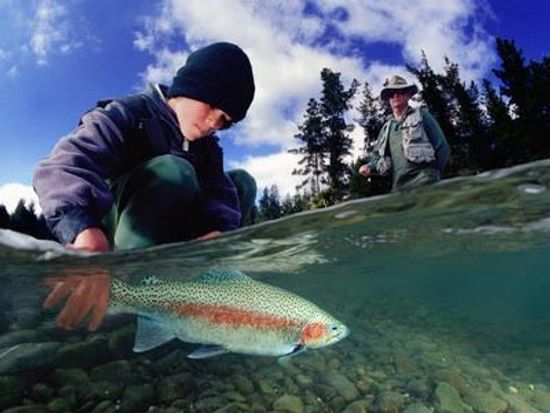 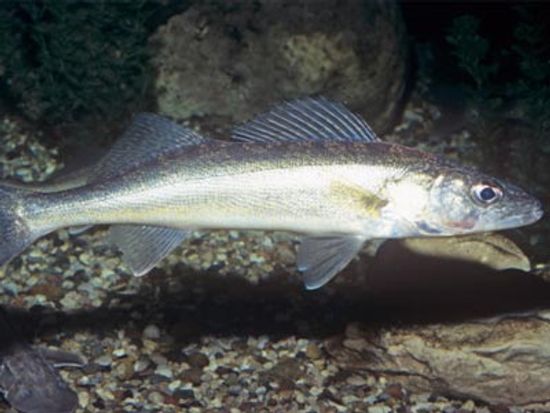 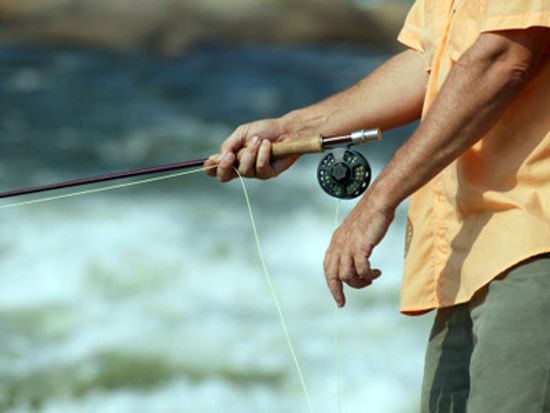 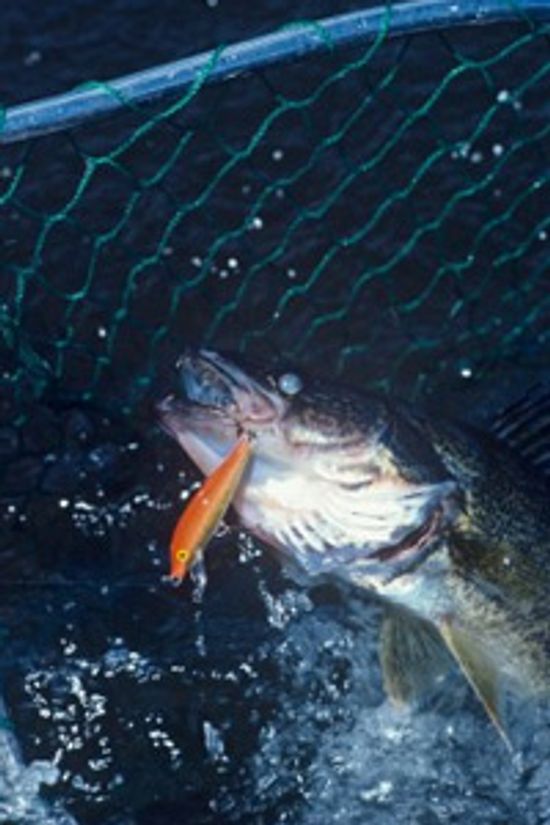 Any angler will agree -- there's nothing like the thrill of the catch. And if that catch is tasty, well that's even better. Crappie fishing is one of the most popular and productive types of fishing. Check out our helpful crappie fishing tips.

Go big or go home, right? Ask any angler about the greatest win of the game and you're likely to get the same response. Once called the catch of 10,000 casts, muskie have become the most popular of game fish, due in part to their elusive behavior.

Bass fishing lures come in every imaginable color, shape and size and texture. So how do you know which one is right for your next fishing trip? We'll show you 10 of the best.

A great way to find fish is to seek out their spawning grounds. At the first signs of spring all across the United States, fish begin migrating toward their favorite reproductive spots. The key is to be ready when they are.

Trout spawning is a very exciting moment in the lifecycle of the trout. The trout spawn is a perfect example of reproductive processes found in the natural world. So head down to your local lake or river and see some trout spawn.

Cleaning panfish is a messy business. So how do you do it without ruining the meat -- or your kitchen counter?

With nearly 165 species in its family tree, freshwater perch just might be the most abundant fish in North America. That abundance -- plus the tasty meat -- might explain why anglers are hooked on perch.

Known in full as muskellunge, the muskie -- or musky -- can be quite the magnificent catch, but it's not without hard work. What do you need to know to catch a muskie worth mounting?

Regardless of whether you have fond childhood memories of rod-and-reel fishing with Grandpa, you might still like to learn a few tips about catching bluegill -- aka sunfish, bream or perch.

Imaging your fishing pole being attacked by a car traveling at highway speed -- that's what it's like when a pike hits your line. What are the best places to fish for this ferocious predator?

Some salmon travel up to 3,000 miles on their quest to spawn in natal waters. What are the best spots along the way for you to do a little fishing?

Nothing is more important in the hunt for rainbows, cutthroats and brookies than the right gear. So what items do trout masters make sure to carry with them to the banks of rivers and streams?

One of the most interesting times to find walleye is during the spawn. Temperature plays an important role in determining when the spawn occurs so warming trends are important. Once you've found the walleye, a slow pace will help you land the catch.

How the Bass Spawn Works

When it's time to spawn, bass waste little time. In fact, the entire spawning process can occur in as little as three weeks. The male bass is responsible for most of the spawning duties, such as building a nest and attracting a mate.

Looking to catch a really big bass? Instead of ordinary lures, try fishing with swimbaits. They're lures that look like a fish, smell like a fish and move like a fish, and they're becoming extremely popular among experienced bass fishers.

Every species has its own pick-up line. If you're a female pike fish and an agile male pike manages to nudge you in the abdomen with his tail, it's a sure sign that he's interested in a long-term relationship.

Ah, a day in the life of a trout: water, relaxation, food brought close enough that you'd barely have to move. The same qualities that make them easier for you to catch during a day of river trout fishing. But you have to be able to read the signs.

Have you ever wanted to fish for salmon but weren't quite sure where to start? HowStuffWorks has the best salmon techniques that will have you in rivers and lakes in no time -- proving that salmon fishing isn't just for bears and birds.

How Bass Fishing at Night Works

In your heart, you know you'd be an avid angler -- if it weren't for the pesky sun. Don't let sunburn keep you from fishing, just wait until the sun goes down. Nighttime bass fishing is the perfect summer fishing experience.

You know the feeling. It's raining out and the change of air pressure has you moving slow and fighting fatigue. Well, humans aren't alone in feeling this change in equilibrium -- bass might feel it, too.

Spot tail, puppy drum, bull red, channel bass, or redfish -- call them what you will, these trophy fish are making waves in the Gulf of Mexico and along the southern Atlantic coast. What makes these copper-colored fish so alluring to anglers?

Though you might think he's ugly, to a female catfish, he's the best fish in the sea, so to speak. He makes the house, he guards the kids -- maybe this guy is a catch after all!

Many anglers find redfish (also called red drum) appealing, not just because of their flavor but also because of their size and their eagerness to fight. Fishing for redfish is bound to be exciting and memorable.

You've been squeamish. You've been tentative. You've never caught a catfish before. Or maybe you have, but you've never taken the fish off the hook. Where do you even hold the thing?