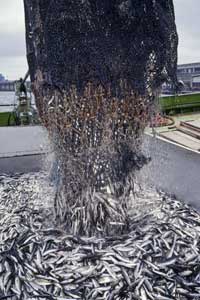 A study published in the journal Science estimated that one-third of global fisheries are in a state of collapse.
MIXA/Getty Images

An alarming study published in the journal Science in 200­6 predicts a gloomy fate for surf 'n' turf dinners, fish and chips and tuna salad sandwiches everywhere. Science reported that 29 percent of global fisheries were in a state of collapse, meaning their yields are less than 10 percent of their original harvest [source: Black]. Without more concerted efforts to reduce overfishing, pollution and marine habitat loss, the study researchers predicted that the seas will be totally drained of seafood as early as 2050 [source: Black].

The study results also reflected consumer demand for fish and seafood. Worldwide fish consumption nearly doubled from 1976 to 1990, and it will likely continue to rise [source: Tibbetts]. But in recent years, conservationists have raised red flags about the environmental impacts of the commercial fishing industry. As much as 20 percent of commercial fishing hauls is bycatch, or marine life (such as sea turtles) that is caught unintentionally and not sold [source: Eilperin]. One study found that shrimpers in the Gulf of Mexico tossed one billion pounds (453 million kilograms) of bycatch in 2002 [source: Eilperin]. Commercial bycatch mortality rate is high and can contribute to marine species loss. The cod population along the Grand Banks of Newfoundland was almost completely wiped out, largely due to bycatch.

Federal and state governments have intervened to protect and revive waning aquatic ecosystems. In Canada, the Northwest Atlantic Fisheries Organization tightened total catch allowances in cod-heavy areas to remedy cod depletion. It also implemented other standards with the goal of a 40 percent bycatch reduction [source: Reuters]. In 2006, California's Fish and Game Commission designated 200 square miles (517 square kilometers) along the state's coastline that either restricted or completely banned sport and commercial fishing activities.

­The fishing industry has taken steps of its own to reduce its environmental footprint. Advanced technologies, such as GPS systems and water depth recorders, have allowed boats to better target species locations and cut back on bycatch. Some fishing operations are also easing their reliance on pelagic long-lines that suspend multiple hooks along its length. Those types of fishing lines extend for miles and are likelier to hook sea turtles, sharks and other unwanted animals.

But what about the weekend fisherman who pulls in a bundle of fish for the love of the sport? Or subsistence fishers who rely on their catches to satisfy nutritional needs? Should noncommercial fishing shoulder the blame as well for the endangered state of the world's oceans and waterways? 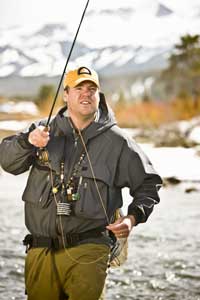