PROFILE OF AN ICE FISHERMAN

There's no standard rule of thumb for what kind of person might undertake the sport of ice fishing, aside from being able to deal with bitterly cold weather. For the most part, what sets ice fishermen apart is where they choose to "cut their hole." In the United States, it's a social sport. Temporary fishing huts are assembled en masse, resembling a small shantytown on a frozen lake bed. Heaters and chairs are set up, the bottle is passed, stories are told and eventually some fish get caught. In Finland, you're more likely to see the solitary fisherman braving the elements fully exposed with a turned over plastic bucket as a seat.

But there are two things common to all ice fishermen -- patience and a resistance to biting, cold weather. Even though a permanent ice fishing shelter might have padded chairs, a heater and satellite television, it's not exactly a comfort sport when you're fishing in subzero temperatures. When most fishermen put the rod and reel in the closet for the winter, ice fishermen haul out the auger and gear for a chilling adventure.

Ice fishing has also changed a lot over the years. Although it's a fun time (for them) to set up shop and warm the belly with whiskey, waiting for the fish to swim by, modern ice fishermen move around the lake quite a bit in search of the catch. Some fishermen have been known to drill as many as 100 holes or more per day trying to locate the fish. Popular most anywhere there's a long and brutal winter, ice fishing is most common in the United States, Canada, Finland, Norway, Latvia, Poland, Russia, Sweden and Ukraine.

In many respects, ice fishing isn't too different from summertime lake fishing. You use a regular rod and reel and bobber, standard lures and bait and fishing line. But to fish beneath the ice, you'll need quite a few pieces of supplementary equipment. For example, unless you want to brave the elements, you'll want some kind of shelter. Temporary fishing huts are the most popular because they're easy to set up and to move. Many times, moving from place to place is essential if you want to actually catch some fish rather than just chew the fat with your grizzled, ice fishing buddies.

Semi-permanent shelters are also common these days. Some of them resemble mobile homes on the ice more than a fishing shanty. Equipped with electrical generators, you can heat your hut and listen to the radio or watch television if you so desire. These shelters are usually equipped with wheels for easy transport. All you do is hook it up to a small truck, ATV or snowmobile and haul it to the next "hot spot."

Another essential piece of gear is the auger. Hand augers can do the trick, but if you're not into spending too much time or energy, using a power auger is the way to go. These look like massive power drills and they perform the same task -- boring large holes into the deep, frozen lake surface. Once the hole is drilled, you need to keep it from freezing back over. If you're in a hut, place a heater near the hole. Have a skimmer handy to pull out the bits of slush and ice that form. That way you don't have to subject your fingers to frostbite. 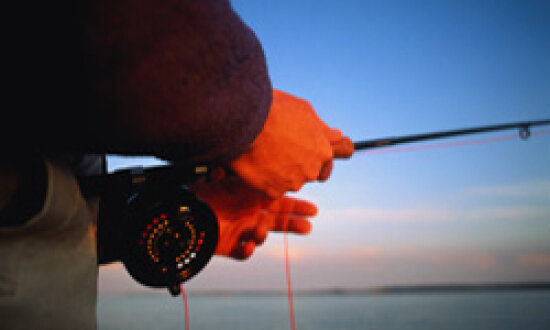 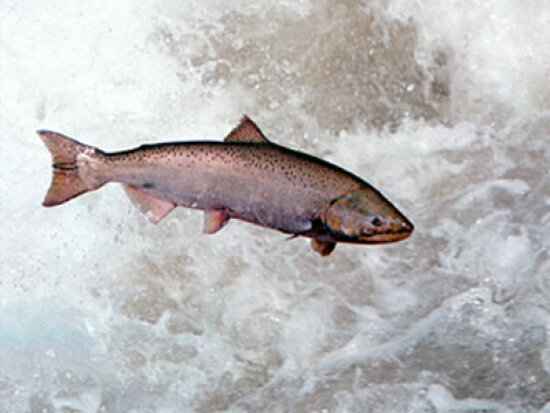 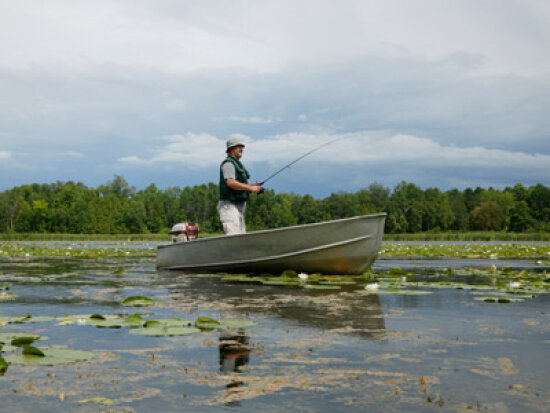