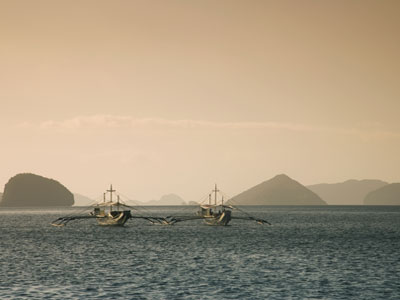 Nearly 40 percent of United States fisheries are overfished -- 10 perce­nt more than the rest of the world [source: Slater]. There are 959 fisheries in the U.S. and more than half of them don't have enough data to know what their status is. Marine scientists return valuable information about what species are in trouble, but it's translating these findings to the policy side of the issue that remains difficult. It's also the reason that quotas have been slow to come around.

Within the eight regional fish management councils in the United States are hundreds of local governing bodies that help to set the quotas for their region. We'll use the heavily fished Eastern seaboard of the United States as an example. The Mid-Atlantic Fishery Management Council (MAFMC) is the governing body. It's made up of 25 representatives from seven states along the Mid-Atlantic shore. Add to this the Northeast Regional Office (NERO) that governs the waters of Long Island. Each of those seven states also has management subgroups, on the state and county levels. The counties set limits for recreational fishermen. Commercial quotas are debated and set by the larger regional councils -- in this case, the MAFMC.

The information the MAFMC uses to set the quotas is culled from stock assessments and evaluations carried out by the scientific wing of NERO. Fish populations are studied either annually or twice a year and turned in for scientific review by a third party. These assessments are then published, and the quotas are set. The evaluation and stock assessments remain somewhat of a mystery, which is one of the reasons that environmental groups are often at odds with politicians over the quota setting process.

The MAFMC is only one example, but governments all over the world use similar techniques and processes to determine if an area is overfished and what they're going to do about it.

There are also studies conducted to determine which fishing techniques have a negative environmental impact. There's concern among groups like the Joint Ocean Commission and Greenpeace that politicians fail to heed the advice of the scientists and set quotas that favor the fishing industry. President Bush pushed a midnight regulation toward the end of his tenure that leaves the environmental review process up to the regional management councils and out of the hands of the non-partisan National Marine Fisheries Service. That means a scenario where the fishing industry is responsible for its own environmental oversight.

In November 2008 San Diego, Calif., established a sweeping quota program that covers dozens of fish species. This is one of the first steps for working toward more fishing quotas in U.S. waters. President-elect Barack Obama is being urged to help to reform how these quotas are set. Without quotas, commercial fishing vessels race to catch the most fish the fastest when the season opens. Working fast means mistakes are made. This leads to wasted fish and dangerous working conditions. Quotas slow up the pace because each vessel is allotted a specific amount they can haul in. This leads to safer and more environmentally sound techniques while helping to reduce bycatch.

Those who argue against fishing quotas say they make it difficult for smaller fishing operations and virtually impossible for a new fleet to get in on the action. Larger commercial fishing businesses are often some of the only ones that are allowed to work. This leads to a concentration of wealth, monopolization of the industry as a whole, and smaller vessels get left without work. There's also concern that a lack of oversight could lead fishermen to throw back lower-quality fish in order to maximize the financial take for a quota share.