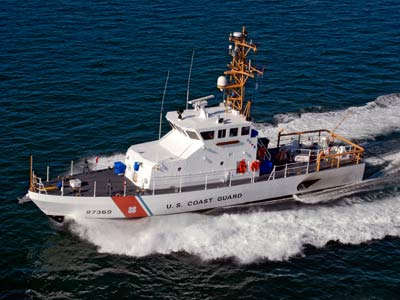 In the United ­States, the governme­nt has play­ed an instrumental role in the development of the fishing industry. In 1871, Congress debated a bill that would create the Commission of Fish and Fisheries. The bill didn't receive universal approval -- some members of Congress openly questioned the usefulness of such an office. But those voices were in the minority and President Ulysses S. Grant signed the bill, which officially created the office. The first Commissioner was Spencer Fullerton Baird from the Smithsonian Institution. Baird was concerned that the fishing industry was depleting both fresh and saltwater fish stocks.

The government established the office's headquarters in Woods Hole, Mass. Today, Woods Hole is still known as one of the world's leading marine research centers. Throughout the years, the government has shuffled the office from one department to another through a series of reorganizations. In fact, the office has changed names more than once during the process. Today, we call it the National Marine Fisheries Service (NMFS), which is part of the Department of Commerce's National Oceanic and Atmospheric Administration (NOAA).

­The most important piece of legislation relating to fishing within the United States is the Magnuson-Stevens Fishery Conservation and Management Reauthorization Act of 2006. This law establishes fishing limits and creates enforceable measures to protect against overfishing. The United States Coast Guard regularly inspects fishing boats to make sure the crew has the proper safety equipment and is operating within the parameters established by the Magnuson-Stevens Act.

The Magnuson-Stevens Act is the latest in a long line of laws that regulate the fishing industry in the U.S. Others include the original Magnuson-Stevens Fishery Conservation and Management Act and the Sustainable Fisheries Act. Other nations have similar laws to regulate the fishing industry, although some countries either have very lax regulatory guidelines or lack the means to enforce existing laws.

Like the NOAA, the U.S. Fish and Wildlife Service's goal is to maintain a sustainable fish population that maximizes yield without depleting fish stocks or damaging the environment. This federal office partners with states, tribes and other federal organizations.

Next, we'll take a look at the role of wild fisheries.

Fish stock refers to the overall population of a specific kind of fish. Multiple fish stocks that have a close relationship to one another form stock complexes.