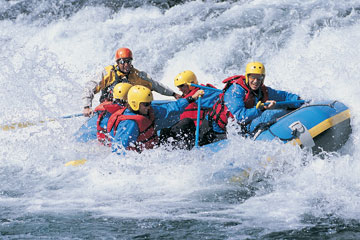 American Whitewater is all about the river.
Javier Pierini/Digital Vision/Getty Images

American Whitewater is something of a dinosaur in today's world of young, dime-a-dozen "green" nonprofits. It came on the preservation scene in the 1950s with the purpose of saving rivers as we know them from going the way of the T. rex. Its primary conservation focus is on damming -- essentially blocking rivers for the purpose of generating electricity.

Of the 3.5 million miles of rivers running through the United States, 600,000 (965,606 kilometers) are running behind dams [source: NWSR]. Or running as well as they can. Dams cause dewatering issues for rivers, affecting not only their water supply but also their ecologies and their ability to support recreational activities like whitewater rafting, fishing and boating.

American Whitewater has two primary goals: first, to give American citizens a greater say in river management; and second, to encourage a greater balance between the needs of modern society and the free flow of nature's whitewater rivers through a range of activities. The group lobbies government; publishes statistics, studies and general information; organizes activists; maintains river-related databases; and tracks activities that affect river health, like new dam proposals, hydropower relicensing and river-usage restrictions.

According to American Whitewater, the group is accomplishing its mission step-by-step. It has so far succeeded in removing at least 12 dams, and has given input on at least 100 other projects [source: AW].

Still, far from a purely conservationist organization, American Whitewater is all about the river -- especially riding it. Many people, even those who have never been whitewater rafting, have heard of "class IV rapids" or a "class II river." Those international classifications telling potential rafters how difficult the ride is were developed by American Whitewater members back in the 1950s [source: AW]. The organization has developed worldwide safety guidelines for river rafting, and it maintains accident databases to help make rivers safer. It organizes festivals, lobbies for greater river access for recreational users and publishes a journal for its membership.

Beyond the American Whitewater journal (and Web site), members of the group reap a number of rewards, and they have a lot of opportunities to contribute. It all starts with a decision to act. 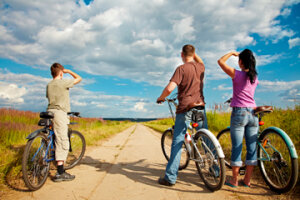 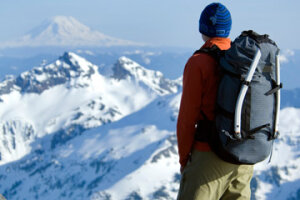