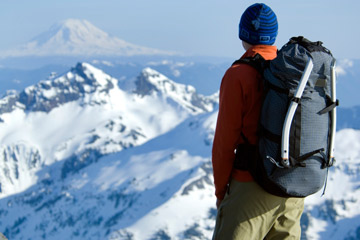 Some daring souls get an adrenaline rush when they ski cross-country, bicycle on rugged terrain or kayak in raging white water. Then there's that special breed of adventurers who risk falls, avalanches, hidden snow caves, altitude illness, extreme cold and the myriad other challenges nature might offer, just to be able to stand on top of a mountain -- and climb back down safely to tell the tale.

Those who love traditional alpine mountaineering can join adventure sports networks that provide information, training, inspiration and support -- and a forum for swapping tales of those experiences. The world's first such mountaineering club, the Alpine Club, got its start in Great Britain in 1857. It now has links with similar groups around the world [source: The Alpine Club].

A group of leading climbers and conservationists in the United States formed the American Alpine Club in 1902 [source: American Alpine Club]. One of the most storied of these founders was Charles Edward Fay, an accomplished linguist and professor at Tufts University in Massachusetts. In his spare time, he loved to climb and to write about climbing [source: Tufts University].

More than 100 years later, the America Alpine Club (AAC) is a thriving nonprofit organization with headquarters in Golden, Colo., and members across the country.

AAC marketing director David Maren insists that his group is more than just an organization that serves climbers. It is, he said, "a community of nearly 9,000 climbers."

"Without our members, there is no club," Maren said [source: Maren].

The AAC's goals include:

To these ends, the American Alpine Club publishes a variety of books, journals and reports. One annual report is "Accidents in North American Mountaineering," a roundup of climbing accidents in the United States and Canada, with discussion of what went wrong.

The club doesn't lead climbing expeditions, but it provides much of the support and education needed by those who do. It also organizes events and provides a blog where members can exchange information.

Want to know how to join this lofty club? Read on.

You could browse through much of the American Alpine Club's Web site without becoming a member. You could add your name to the list of 1,449 fans of the American Alpine Club's page on Facebook (as of November 2009) without becoming a member. You also could buy the many climbers' guides and other books the AAC publishes without joining this premier adventure sports club.

But many people who are seriously interested in climbing find that there's a lot of upside to paying the annual fee and becoming a full-fledged member. The American Alpine Club is more than just an adventure club. It provides useful benefits and logistics as well as practical and sometimes entertaining information. With many experienced and novice climbers as members, the club is an invaluable network for those who love climbing and other adventure sports. As one member, Mike Libecki, says on the club's Web site, being a member of the American Alpine Club is "a must for the vertically obsessed" [source: American Alpine Club].

Joining the club is as easy as visiting its Web site. Memberships are available at varied levels:

For a $24 upgrade, members get the same discounts that members of the Alpine Club of Canada use to stay at that club's Canmore Clubhouse and its many country huts [source: American Alpine Club].

Is it worth it? Just what are the benefits of joining the American Alpine Club? The next page will tell you everything you need to know.

Benefits of the American Alpine Club 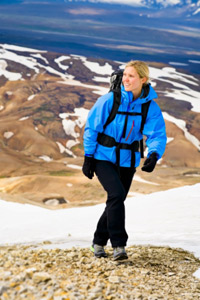 Mountain climbing is fun, yet dangerous. Luckily, you can learn from experienced climbers through the American Alpine Club.
Tyler Stableford/Getty Images

Want to see outdoor enthusiasts at play? Then visit the Craggin' Classic, an annual weekend-long party filled with camping, eating, drinking, storytelling and fun -- with climbing jaunts mixed in. The America Alpine Club threw its first Craggin' Classic in its hometown of Golden, Colo., in the fall of 2008. The second Classic was a big success; more than 200 climbers from 13 countries gathered in Salt Lake City, Utah, in October 2009 [source: Lambert].

Events such as the Craggin' Classic, a yearly dinner, and regional and international gatherings are just one type of benefit the American Alpine Club offers.

But members don't have to travel to Golden to take advantage of most of the club's offerings. Here are some other benefits of membership:

Beyond what the American Alpine Club does for them, members may enjoy the knowledge that this venerable outdoor adventure club also uses their dues and donations to advocate for climbers. Maybe even more important, it works to preserve the mountains that give adventurous climbers their reason for being [source: American Alpine Club].