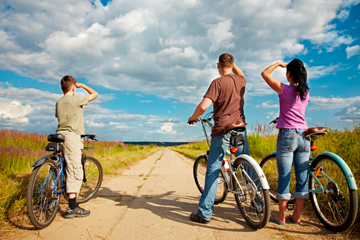 Going on a bicycling trip can be a great adventure.
©iStockphoto.com/Thinkstock

Imagine hopping on a bicycle in Anchorage, Alaska, and traveling to Tierra del Fuego at the southern tip of Argentina with only your own muscles to provide the power. Talk about adventure. That was the journey Greg Siple and his wife June undertook with another couple back in 1972. While they were riding, Greg had an inspiration that grew into the Adventure Cycling Association (ACA), a major organization for encouraging bicycle tourism and promoting pedal power in general [source: D'Ambrosio].

Greg originally set out to organize a cross-country ride to celebrate the bicentennial of American independence in 1976. June came up with a name for the tour: the Bikecentennial. Thousands of people participated and the organization named for the event lived on. In 1993, it changed its name to the Adventure Cycling Association. Headquartered in Missoula, Mont., the group has grown to include more than 45,000 members [source: Bateman].

Bicycle touring has a long history in the United States. Bicycles became wildly popular during the 1890s and riders lobbied for smoother roads well before automobiles made their appearance. Cars have elbowed cyclists to the side of those roads, but two-wheeled travel still appeals to thousands of riders.

The activity suits folks of all ages, from teens to seniors. It's a unique way to see the country or the world, to meet people and to experience a landscape rather than just watch it go by. In an age of "green" consciousness, bicycling shrinks your carbon footprint to invisibility. And it's a great way to get fit while having fun.

An average cyclist carrying traveling and camping gear can ride 55 to 65 miles (90 to 105 kilometers) in a day, which means that over a week or 10-day trip, a rider can cover a substantial distance. The ACA recommends that riders carry a maximum of 45 pounds (20 kilograms) of equipment if they're camping. Some prefer to stay in motels or go on tours that arrange to carry gear in vehicles [source: ACA Bike Touring 101].

Anyone considering a bike tour of any kind will want to connect with the ACA to take advantage of the resources it offers. In the next section, we'll look at the nitty-gritty of what the group's trying to accomplish. 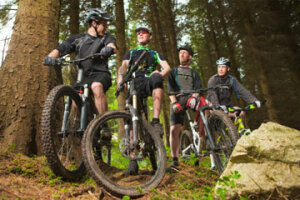 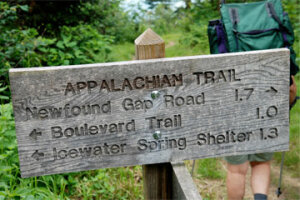 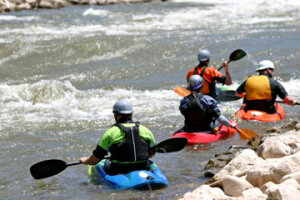