Can you ice climb a waterfall? 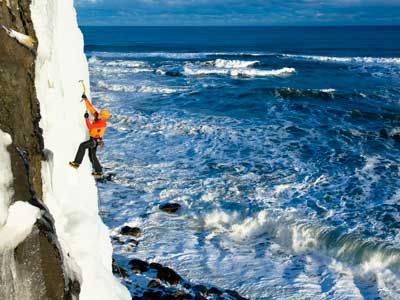 A waterfall is one of nature's many spectacles. Most of us have stood transfixed by falling water at one time or another -- we pause to listen to a trickling falls as we hike through the woods or marvel over the power of Niagara. But during the winter some waterfalls completely transform. Where they once rushed roaring water, they now stand frozen, white and silent. This oxymoron of a motionless falls is an ice climber's dream.

Generally, there are two kinds of ice climbing -- alpine and waterfall. As you might surmise from its name, you'll find alpine ice in a mountain environment. It's part of the terrain, may be steep or flat, is primarily derived from snow and is sometimes mixed with rock. Waterfall ice, on the other hand, is vertical, frozen water. There are two types of frozen waterfalls: one type forms from a legitimate waterfall and one type forms from temporary runoff after a particularly heavy rain.

It's probably hard to imagine that the rushing water of a falls could freeze, but it can. Here's how it happens. In freezing temperatures, water molecules begin to slow down and eventually stick together, which is how water changes from a liquid to a solid. The snowball effect of those gumming water molecules results in a waterfall that's frozen in midair. Climbers are attracted to frozen waterfalls because the surface is always changing. Midday sun, changing temperatures, precipitation and runoff will send new trickles of water down to refreeze in different formations. So, if you "scar" the ice today with your tools, in a week or two the scar will be gone, replaced with a newly frozen bump or ridge.

Frozen waterfalls form in several ways, and their formation can provide clues about how safe they are to climb. If a frozen waterfall is attached solidly to its ice base and appears to be bonded to a supporting wall of rocks, it's safer and more stable, as long as the ice is cold and strong. However, if the ice wall formed from water that flowed over a ledge, it may be a freestanding column or hang like a giant icicle. Hanging ice waterfalls are the most dangerous from a structural standpoint because they're not solid -- they're a fusion of many giant icicles. Without a base support, these frozen falls may snap and collapse in the blink of an eye. 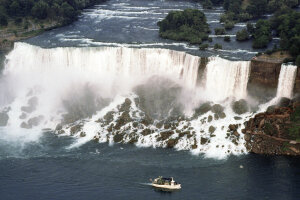 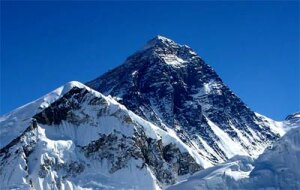 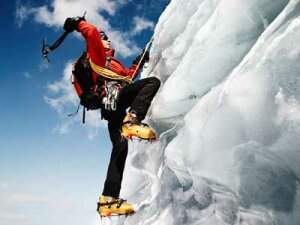