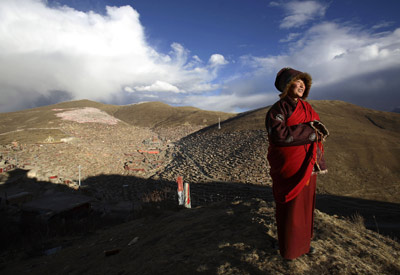 A trip to Tibet can be a transcendent experience. The Dalai Lama's homeland is known as the "roof of the world" -- a high, windswept place with roaring rivers, snowcapped peaks and pastoral villages. But a Tibetan visit can also mean a nasty case of altitude sickness for people who are used to the atmospheric pressure found at lower elevations. This illness, also known as hypoxia, is the result of a lack of oxygen to the tissue in the body. Hypoxia's symptoms include nausea, vomiting, lethargy, confusion and breathlessness. It can also be fatal.

A person struck by altitude sickness may wonder how the people of Tibet can live at such high altitudes without suffering hypoxia themselves. Researchers have studied Tibetans to find out why they can live in settlements averaging 16,000 feet above sea level. (By contrast, the city of Denver, Colo. is 5,280 feet above sea level.) As it turns out, Tibetans actually are hypoxic; however, their bodies have simply developed a unique way of dealing with the lower atmospheric pressure. But how? To understand the answer to that question, we first have to understand why people shouldn't be able to thrive at such high elevations.

The human body's oxygen-distribution system has developed over hundreds of millions of years. You inhale oxygen into your lungs. Oxygen is then transferred to blood, which then distributes the oxygen via hemoglobin, the part of your blood that carries oxygen.

There is about the same amount of oxygen (around 21 percent) in the air regardless of elevation, but because of a lack of atmospheric pressure at high altitudes, it's harder for the human lungs to absorb. Our cardiopulmonary system (the heart and lungs working together to get oxygen to the body) has to work overtime at high altitudes to get the oxygen we need. This leads to hypertension -- or high blood pressure.

Anthropologists believe the reason people have trouble coping with the thin air at high altitudes is because the human body developed at or near sea level. The Tibetans are an anomaly: They shouldn't have been able to thrive on the roof of the world for thousands of years. So how did they adapt?

Read the next page to find out why Tibetans can live at high elevations and how they are evidence of the process of evolution. 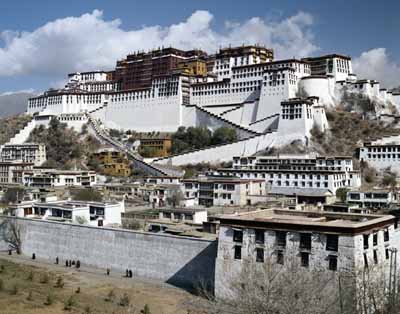