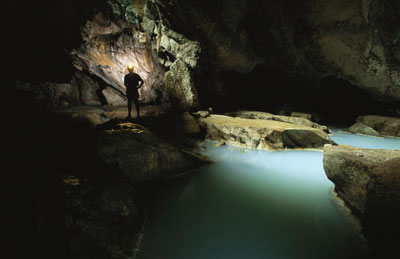 Image Gallery: Caves Caves, like this one in Cueva de Villa Luz, Mexico, offer some amazing views for those willing to take a chance and go inside. See more pictures of caves.
Stephen L. Alvarez/National Geographic/Getty Images

Spelunking is the recreational sport of exploring caves, but no one really calls it spelunking anymore. The acceptable term -- and the one we'll use here -- is caving.

Caving, like scuba diving or rock climbing, is as adventurous as you want it to be. There are family-friendly caves you can stroll through on a paved path. And there are others that require hundreds of feet of face-in-the-dirt crawling and rappelling down bottomless shafts.

There are thousands of caves in the United States, and more than 100 are open to the public for guided tours and expeditions [source: National Caves Association]. More than 200 U.S. caving clubs offer organized excursions to remote caves, teach advanced caving skills and participate in cave conservation.

Humans have been drawn to caves since ancient times. Modern archeologists have found evidence that ancient people viewed caves as sacred locations in which to carry out important religious rites. In prehistoric times, caves were attractive dwellings that offered stable interior temperatures and protection from harsh weather and other humans. In more recent history, caves have served as hiding places for stashed treasure, ideal environments for aging cheese and wine, and excellent natural labs for scientific discovery.

So how are caves formed, and what do cavers see when they go in? Read on to learn more. 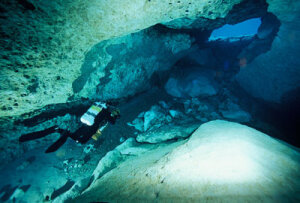 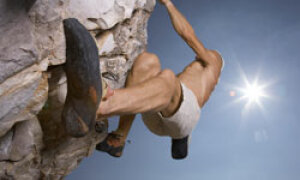