Nudity Isn't Illegal in National Parks, But Don't Do Anything Weird

by Jesslyn Shields Mar 23, 2018
Signs prohibiting nudity are posted on San Onofre State Beach trails in North San Diego County, Calif. There's actually no federal regulation against it in national parks, but some states prohibit public nudity, so don't assume you are safe to strip down because you're in a national park. Allen J. Schaben/LA Times/Getty Images

Nature is glorious. It can make us feel a whole lot of ways — sometimes nature's splendor makes us want to charge all the way up a mountain, or break out our stupidest dance move on the beach at sunset, or strip down to our birthday suits and skip through a field of wildflowers.

But what happens when our deepest instinct is to strip down naked to take in a primeval forest or a spectacular mountain vista, in a place where a lot of other people are definitely going to be around to spectate? Like in a national park, for instance. Turns out, you wouldn't be the first person ever to have that impulse. But like so many other impulses, it's important to know whether it's legal.

Not Much Federal Prohibition

Federal law pretty stubbornly ignores the issue of public nudity in national parks, with the one exception: Cape Cod National Seashore, where you must keep genitals completely covered, always.

"Back in the '80s and '90s, nudity was a really big issue at Cape Cod National Seashore," says Robert Gray, a retired park ranger who worked with the National Park Service (NPS) for 32 years in several different parks, including Cape Hatteras National Seashore, the Great Smoky Mountains and Sleeping Bear Dunes National Lakeshore, among others. "They were actually getting resource damage from people tromping over the dunes to get a peek at the nude bathers who just kept coming to this one place."

The law governing nudity in parks is about as clear as the view off a high mountain peak on a foggy day. The section of the Code of Federal Regulations that covers “Resource Protection, Public Use and Recreation,” Section 2.34, states that:

A person commits disorderly conduct when, with intent to cause public alarm, nuisance [emphasis added], jeopardy or violence, or knowingly or recklessly creating a risk thereof… Uses language, an utterance, or gesture, or engages in a display or act that is obscene, physically threatening or menacing… [Or] Creates or maintains a hazardous or physically offensive condition.

So basically, parks exist for public enjoyment, and if a visitor's lack of cover causes someone in the park discomfort, it could end in a fine or jail time.

"There's actually no federal regulation that prohibits nudity in national parks," says Gray. "Disorderly conduct doesn't really apply. But there are different jurisdictions within the National Park Service — some parks are run exclusively under federal jurisdiction, while others are concurrent jurisdiction."

Which means if someone is strolling down the beach naked in a state where there is a law against public nudity, the park might have adopted the law, and a ranger would have every right to fine or jail that naked beach walker.

But although it seems there might be a cultural bias against public nudity in the natural splendor of national parks, there is actually a very deep tradition of baring it all in national parks that continues to this day. While he was president, Teddy Roosevelt and his best bud and first Forest Service chief Gifford Pinchot regularly skinny-dipped in rivers and streams all over Washington, D.C. — once even taking the French ambassador for a swim in Rock Creek Park, which is managed by the NPS. And these days, Hike Naked Day is a way hikers celebrate the summer solstice on the Appalachian Trail, also managed by the NPS, as well as virtually with an Instagram hashtag.

Now That's Interesting
The Japanese practice of "forest bathing" has been proven to lower blood pressure. You can do it with or without clothes.

Package Bombs Are Rare in the U.S., But Here's How to Spot One

Colombia, Not Finland, May Be the Happiest Country in the World 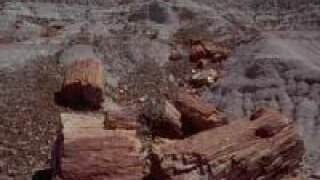 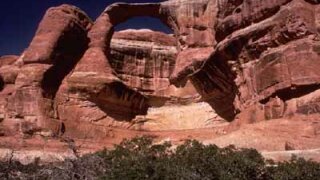 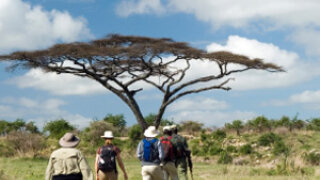