What's the most popular vacation destination on Earth -- and why? 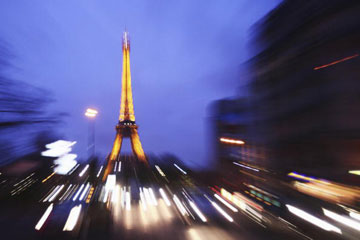 EyesWideOpen/Getty Images
The Eiffel Tower, which was built in 1886 by Gustave Eiffel, attracts many tourists each year. See more pictures of famous landmarks.

Tourism is big business. In 2007, international tourism generated more than $850 billion. The number of international tourists hit 924 million in 2008, up from 908 million in 2007. Experts forecast it will reach 1.6 billion by the year 2020. However, even with these positive numbers, tourism is down in 2009. Between January and April, tourism fell 8 percent in comparison to those same four months in 2008. This decline is likely a reflection of the global economic crisis, as well as concerns about the H1N1 virus, or swine flu [source: UNWTO].

Interestingly, though, some countries are experiencing a surge in tourism as it declines elsewhere. For example, travel to Africa grew 5 percent during those first four months of 2009. This increase was probably due to tour operators offering inexpensive vacation packages to areas like Tunisia and Morocco. Many tourist spots attempt to battle the economic downswing with reduced travel prices or value-added special hotel rates.