What's the most dangerous place on Earth? 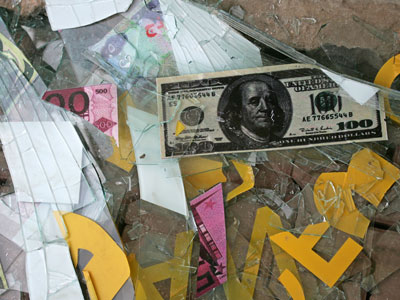 The most dangerous place on Earth. It sounds like the title of an action-adventure movie. And it conjures up all kinds of images -- war, earthquakes, poisonous jungle plants, killer animals, disease, terrorists and violent criminals at every turn.

Although factors like dangerous animals, harsh climate and the like are also considerations, they're not really taken into account when researchers compile data on this subject. A place like Antarctica, for example, is extremely dangerous -- its freezing cold environment doesn't naturally support life. However, people can and do live on Antarctica for temporary stretches because research stations have been built to protect them from the elements and provide food. Antarctica is also a war-free zone, so there's no worry about civil unrest or violence.

The most recent and verifiable statistics about the most dangerous countries in the world come from a report called the Global Peace Index. This report comes out yearly and ranks countries in ascending order, from most peaceful to least peaceful (i.e., most dangerous). According to the report, there are 23 indicators to define peace or the absence of peace in a country. These indicators include:

A panel of experts reviews and discusses these and other factors in order to compile the final list. They also take into account demographics like education, culture and material well-being.

On the next few pages, we'll talk about a few of the least peaceful countries in the world and reveal which country tops that list.

Some of the World's Most Dangerous Places

The countries that rank at the bottom of the Global Peace Index (GPI) -- meaning the countries least at peace -- include Sudan, Israel, Somalia and Afghanistan. Let's take a look at what exactly makes these countries so dangerous.

Sudan, located in northeastern Africa, is in the midst of a humanitarian crisis and internal strife. The majority of the conflict occurs in Darfur, where there's little safety or security. Because of the violence, access to water and electricity is sporadic. This fighting has displaced approximately 2.7 million people and contributed to more than 30,000 deaths -- deaths many claim are the result of genocide [source: Radia]. The U.S. Department of State warns U.S. travelers to defer all travel to Sudan due to uncertain security conditions and the possibility of violence and harassment that targets Westerners.

In Israel, violence and homicides are relatively low within the general population, but the risk for terrorist acts is high. The U.S. Department of State urges U.S. citizens to avoid the Gaza Strip completely and to remain mindful of security measures when traveling elsewhere in Israel.

Somalia, on the east coast of Africa, saw its government collapse in 1991. Since then, the country has been plagued by violence and instability. Internal conflicts have displaced 8.5 million people. More than 100 pirate attacks occurred off the coast in 2008, continuing into 2009. Terrorist attacks and kidnappings are common. The U.S. Department of State recommends Americans avoid any travel to Somalia.

Afghanistan has been in conflict for the past 20 years. More recently, a Taliban-backed insurgency has contributed even more to violence and terror attacks within the country. Levels of violent crime and violent demonstrations are also rising, and relationships with neighboring countries remain tense. Afghanistan's "respect for human rights" score is the lowest on the GPI. The U.S. Department of State warns strongly against any travel to Afghanistan, due to high risk of kidnapping, assassination and terrorist attacks.

These places are all quite dangerous, but which country is the most dangerous?

Most Dangerous Cities in the United States

Using a 2008 FBI crime report, Forbes Magazine recently released its list of America's most dangerous cities. By compiling rates of murder and non-negligent manslaughter, forcible rape, robbery and aggravated assault, it came up with the following:

The same study found that all of these cities have one thing in common -- they are all transit points for Mexican drug cartels [source: Greenburg].

Iraq -- The World's Most Dangerous Place

With the worst scores in safety and security in society, level of trust in other citizens, homicide rate, level of violent crime and the potential for terrorist acts, Iraq is, by Global Peace Index (GPI) standards, the world's most dangerous country. The GPI uses a weighted scale of one to five to measure a country's level of peace. Iraq comes in with the highest score of the 144 countries surveyed, with an average of 3.341. Has Iraq always been so dangerous? Let's take a brief look at its history.

Often referred to as the "cradle of civilization," Iraq occupies the former Mesopotamia. It's located in the Middle East between Iran and Saudi Arabia. In the Middle Ages, Iraq was the centerpiece of the Islamic Empire, with Baghdad serving as a cultural and political capital to the entire surrounding area. Its influence began decreasing around the 13th century with Mongol invasions. But it began a slow rise to prominence again in the 1930s after attaining independence from British control. Around the late 1950s, oil production made Iraq one of the richest countries in the world. Saddam Hussein became president in 1979, and the country went to war with Iran, which lasted from 1980 to 1988. The first Gulf War started soon after, in 1991, after Iraq invaded Kuwait. International sanctions, war and Hussein's rule destroyed Iraq's economy and way of life.

In 2003, the United States and United Kingdom invaded Iraq, with military support from other nations. The war continues today. Elections in 2006 installed a new post-Saddam Hussein government, but the country continues to face many challenges and conflicts. Its economy is crippled and internal tensions run high. Hundreds of Iraqi civilians reportedly die each month due to these conflicts. Insurgents have driven entire communities out of their neighborhoods, resulting in the displacement of some four million people [source: Amnesty International]. Many Iraqis also suffer from restricted access to clean drinking water and live on less than a dollar per day. Many more Iraqis lack basic services and live under threat of disease and malnutrition [source: Oxfam].

Credited with a spate of recent bombings and terrorist attacks, Al Qaeda plays a key role in the Iraqi insurgency. Additionally, human rights abuses still run rampant, especially for women. In 2006 and 2007, more than 20 percent of Iraqi women reported experiences of physical violence [source: WHO].

The U.S. Department of State warns against all but essential travel to Iraq. As its security remains unpredictable, attacks against both military and civilian targets are common. Dangers include killings by armed groups, multinational forces, Iraqi security forces and private military, as well as detention without charge or trial, and kidnappings.

It should go without saying that it's not very safe to work in Iraq, either. Since 2003, approximately 190 journalists and media support people have died in Iraq due to hostile acts [source: CPJ]. Civilian contractors -- usually working on reconstruction -- also find themselves in danger. In 2006, insurgents abducted five civilian reconstruction workers. A recent discovery proved two of the five dead, and the remaining three are still missing [source: Essop].

Score One for the Kiwis!

Here's a palate cleanser for you. If Iraq is the least peaceful country in the world, what's the most peaceful? The Global Peace Index (GPI) gives the No. 1 spot to New Zealand. New Zealand comes in with a score of 1.202, compared to Iraq's 3.341. New Zealand maintains diplomatic relations with its neighbors and boasts a high rate of political stability. Homicide rates and human rights violations are quite low as well. 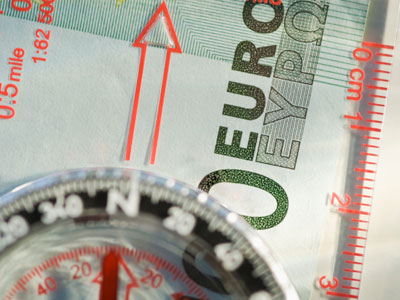 Make sure you keep your money in a safe place while you travel.
Tom Grill/Getty Images

Because of unstable conditions within dangerous countries like these, it's important to remember that your government may be unable to intervene if you find yourself in trouble there. This includes medical care as well as any civil rights. The U.S. Department of State issues travel alerts to keep you abreast of your rights as you travel abroad.

Here are some things you need to know if you're planning on traveling to an unsafe area. Actually, these tips are useful for any trip you take out of the country:

A successful trip requires successful planning. Prepare in advance for your trip abroad. Thoroughly research the country to which you'll be traveling -- find out travel alerts, security issues, Internet access, currency information and local laws or customs. Registering your travel with the U.S. State Department helps people at home find you in the event of an emergency or crisis during your trip. The service is free and you can do it online. Find out if your health and property insurance extend to your international travel. If not, consider traveler's insurance.

When packing your belongings, keep in mind that looking like an affluent tourist makes you more of a target for criminals. Travel light and carry a minimum amount of valuables. Your money and cards are safer if carried in a money belt or pouch worn under your clothing. Keep your glasses (plus an extra pair) and medicines in your carry-on bag, and always keep the medicines in their original containers. Check on the legality of certain medications and drugs before attempting to bring them into a different country.

There are some things you should leave at home -- Social Security card, unnecessary credit cards, expensive jewelry or anything you'd hate to lose. Give your family or friends a detailed copy of your itinerary as well as copies of your passport, credit cards, airline tickets and driver's license. Pack another photocopy of these in your carry-on.

While traveling, try to stay in larger hotels with good security and book rooms above the first floor to deter any would-be burglars. Use common sense when out on foot -- stay out of narrow alleys and poorly lit streets. Avoid traveling alone at night. Beware of pickpockets, especially in crowded places. Even groups of children, working together, will pickpocket tourists. Don't attend any civil demonstrations. Don't discuss your travel plans with strangers. Learn a few phrases of the local language that you can use in an emergency to summon help. Make sure you always have the number or address of the nearest U.S. embassy or consulate.

If you're traveling in a high-risk area, you should take even further precautions. Never allow someone to hail or hire a cab for you. Ensure your driver has ID and that the face matches the license. Try not to travel alone and don't invite strangers into your hotel room or in an unknown location. Refuse any package you weren't expecting. Be alert for suspicious activity around your car. Keep the car windows closed when driving, too.

Always contact your local embassy if you're the victim of a crime or injury. They can assist you in obtaining legal help and medical care, pointing you toward the best local resources.

If a worst-case scenario happens (you are taken hostage, a terrorist attack occurs), try to stay calm. In a kidnap situation, the U.S. government advises taking a stance of passive cooperation. Comply with instructions and if questioned, keep your answers as short as possible. Wait for help and remain alert.