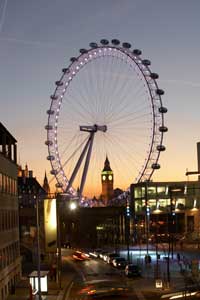 Observation structures are common tourist attractions in big cities around the world. New York's Empire State Building, Chicago's Sears Tower, Toronto's CN Tower, Taipei's Taipei 101 -- the list goes on. But how many cities can boast that their observation structure is a giant Ferris wheel?

The London Eye is the brainchild of David Marks and Julia Barfield, of Marks Barfield, a husband and wife architecture team. A 1993 competition organized by London's Sunday Times called for monument ideas to mark the upcoming Millennium celebration. Marks Barfield's concept of a city-centered, ever-turning wheel offering a unique bird's-eye view is now the No. 1 paid-for tourist attraction in London. As of June 2008, 30 million people had visited the London Eye -- not too shabby for a glorified Ferris wheel.

To pay for such a gigantic project, Marks Barfield collaborated with British Airways, which financed it, took 50 percent ownership and re-named the attraction the British Airways Millennium Wheel. The original project plan called for a development and construction process ­of two and a half years. However, funding and paperwork delays put off the project, which shrunk its construction time to 16 months. Tony Blair officially opened the Millennium Wheel on Dec. 31, 1999, and in March 2000, it opened to the public. Although it was originally only granted permission for a five-year stay, the planning council made the London Eye a permanent London attraction in 2002. As of 2005, however, the London Eye hadn't yet turned a profit, and British Airways and Marks Barfield were in debt. In 2006, the Tussauds, a company that owns other attractions, bought the wheel and dropped "British Airways" from its name. 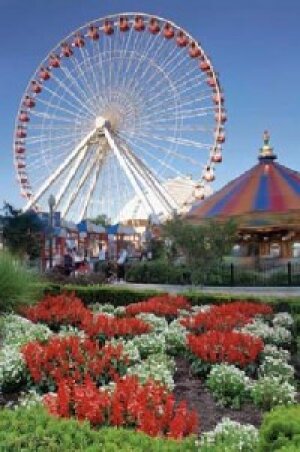 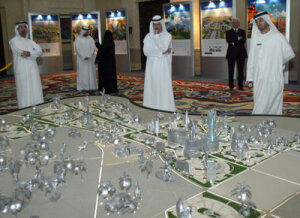