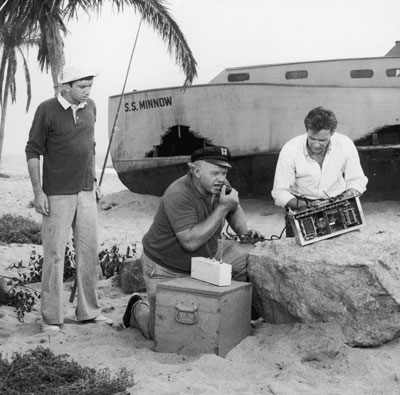 Gilligan, the Skipper and the Professor attempt to use a CB radio in front of their shipwrecked SS Minnow on 'Gilligan's Island.' See more beach pictures.
CBS Photo Archive/Getty Images

The popular 1960s television show "Gilligan's Island" makes you wonder why anyone would want to get rescued from a desert island shipwreck -- what's not to like about being stranded with a movie star? Unfortunately, a real-life shipwreck is no sitcom.

Each year there are stories of people that survive being lost at sea. Some manage to make it to an island; some stay adrift in dinghies or on life rafts for days, weeks and even months. If you find yourself the victim of a shipwreck, there are steps you can take to increase your odds of survival and ultimately, rescue. It's impossible to know for sure how many shipwrecks there have been throughout history, but Northern Maritime Research has compiled a list of more than 100,000 over the past 400 years [source: NMR].

When it comes to surviving a shipwreck, there are two scenarios: You can either be adrift at sea or alone on an island.

The island scenario is more desirable in many ways, as you have more of a chance at finding food and water. You also have the benefit of making fire and finding shelter. The drawback of being on an island is that you aren't moving. Being in a dinghy or life raft gives you a better chance of being seen by a plane or another boat, or drifting to an inhabited island.

In this article, we'll teach you some tips on how to survive being lost at sea as well as things you can do once you've hit land.