by Heather Staible
NEXT PAGE 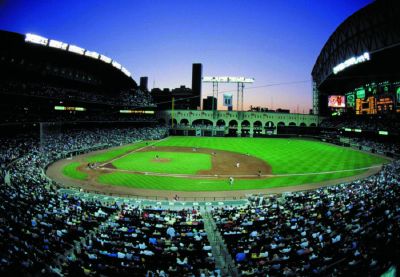 Houston has struck a comfortable balance of big city opportunities and small town ideals. She is concrete and country, bayous and barbeques, space and sports, and proof that there's a place for everybody in this sprawling but friendly city.

Those who know it best will tell you to chill out indoors at any of Houston's respected museums during the steamy summers and to linger over a beverage on any one of the city's amazing restaurant patios during the fall. And, while a jaunt to Johnson Space Center is a must for a first-timer, a trip to the historic Houston Heights and its charming Victorian homes and pedestrian-friendly streets lined with unique shops shows the flip side of this metropolis.

Born in Texas but raised by an international community, Houston's neighborhoods and attractions reflect the diverse cultures of the people who live here.

The Best of Houston

Spending time in the Bayou City is a trip for the senses. The city is bursting with a daring and highly acclaimed restaurant scene that ranges from Tex-Mex favorites to modern American cuisine.

The performing and visual arts serve up a dazzling array of world-class experiences that are enjoyed in the city's Theatre District, home to the Houston Grand Opera, Houston Ballet, Houston Symphony, and The Alley Theatre. The Museum District delights with cutting-edge art at the Contemporary Arts Museum, while across the street more traditional art resides at the Museum of Fine Arts.

One minute you'll feel euphoria, the next disappointment. Those are the emotions sports lovers can experience at a Houston Astros baseball game at Minute Maid Park, a Houston Rockets basketball game at Toyota Center, or a Houston Texans football game at Reliant Center.

Indulging in the finer things in life is a breeze at the multiple shopping destinations across the city. The Galleria is a one-stop destination for designer labels and equally high-end service, while the area simply called Hardin is a bargain-hunter's paradise.

Then, there are the places that simultaneously make the city a little bit country and a little bit cosmopolitan. Boot scootin' watering holes like Blanco's or the Last Concert Cafe dot the urban landscape, while downtown Houston's vast tunnel system pulses with workers staying cool and dry as they grab lunch and go to and from their gleaming skyscraper workplaces.

Old money and new money mingle in the tony River Oaks neighborhood, a lush section of Houston that's home to mansions equal to or larger than any found in Beverly Hills.

Houston also serves as an excellent springboard for scenery-changing quick trips. Just an hour from the salty Gulf Coast, Houston's proximity to the water extends a visitor's playground from the green terra firma to the bays and beaches.

Drive an hour north of Houston to the Piney Woods to take solace in the comfort of nature, as flat lands give way to gently rolling hills and sweet-smelling pine trees.

Geography and landscape: Deemed the "Third Coast" for its location between the Pacific and Atlantic Oceans, Houston is primarily flat, and depending on the location, you're likely no more than 43 feet above sea level. Houston is called the Bayou City for the four major bayous -- Buffalo Bayou, Brays Bayou, White Oak Bayou, and Sims Bayou -- that run through the city and help drain the city after rainfall.

While no mountains can be spotted anywhere in the distance, you'll still find plenty of open fields of cattle and horses that are also part of Houston's history. North Houston is thick with towering trees, while the closer one gets to the Gulf of Mexico, the landscape is pared down and gives way to prairies and sand.

General orientation: One of the most important words any traveler should learn when coming to Houston is "The Loop," which refers to Interstate 610 that encompasses some of the city's most prestigious neighborhoods, shopping districts, and restaurants.

The Loop circles the area, separating the city from the suburbs. Radiating from The Loop are six major freeways -- Interstate 10, Interstate 45, and Highways 59, 288, 290, and 225. A larger wheel known as Beltway 8 encompasses The Inner Loop, and that's where many of Houstonians head after work -- out to the suburbs, out of "The Loop."

©2006 Greater Houston Convention and Visitor's Bureau As with any big city, be careful when you're on the Houston streets at night.

Safety: While there are many advantages of life in a big city, crime is an unavoidable aspect. In Houston, police are a constant presence, evident in patrol cars, motorcycles, and even on horseback.

Unlike other cities, Houston is not very pedestrian-friendly because of sprawl and temperature, so with the exception of the perfectly safe downtown areas, most people travel around by car.

There are many pockets of wonderful areas to see while driving around Houston, but visitors would be smart to avoid the southeast part of the city that leads to the Houston Ship Channel and the southwest side of the city near Beltway 8. Both areas have deserved reputations as places better left unvisited, and since both spots offer nothing of visitor interest, there's no reason to venture to those parts of town anyway.

Common sense is one necessity that every traveler shouldn't leave home without, so make sure to stay in well-lit areas, don't roll down your car windows when approached by someone, and make yourself as aware as possible of the areas you expect to travel through to avoid any problems.

Climate/weather: Being situated so close to the Gulf of Mexico certainly has its perks. The beach is never more than an hour away, so soaking in the sand and surf is an easy hassle-free trip. But because the city is so close to the coast, Houstonians must wrestle with humidity.

By mid-June, the temperatures in Houston climb to the mid- to upper 90s and stays there until the middle of September. The heat, mixed with high humidity, keeps everyone in the cool interiors of air-conditioned spaces, but when the fall weather breezes into town, Houston is an ideal place to spend some time. The average temperature during the summer is 94 degrees Fahrenheit and during winter the temperatures dip to the low 60s.

Winters are mild, and the spring season brings a mix of warmer days dotted by rain and cooler evenings. Residents know to always carry an extra umbrella in the car during the summer months. Strong afternoon thunderstorms are de rigueur in the Bayou City.

Houston is a large city, which might be intimidating if you're a first-time visitor who's trying to find your way around. The transportation tips on the next page should help alleviate any anxiety you may have.