Sailing Around the Globe With a Pet Chicken Named Monique

What child hasn't dreamed of sailing solo around the world? Well, 24-year-old Guirec Soudée has been living that impossible dream since May 2014, when he set to sea from his native France on a 30-foot sailboat named Yvinec. Oh, but he's not entirely alone. He's got a chicken with him. The hen is called Monique.

"I dreamed of having a chicken even before I dreamed of having a boat," Soudée told CNN's Great Big Story. Before he began his expedition, experts back in France told Soudée a hen would be too stressed to produce eggs on a sailboat, but that didn't prevent him from enlisting the first hen he found as First Mate.

"The sun comes back, the wind has calmed, Monique has laid an egg and life begins again."
Guirec Soudée, Adventurer

"I found Monique in the Canary Islands," he says in the video, "and the very first day on the boat, Momo made me an egg, and in 28 days she has made 25. So you can see, she's completely at ease."

Soudée and Monique have been across the Atlantic in their sailboat Yvinec, spent some time in the Caribbean and Greenland, picked their way through the Northwest Passage, and are currently sailing off the coast of Alaska. Although they've experienced what some would call "ordeals," they seem unfazed:

"During the winter, I got stuck in the ice," says Soudée. "All you want is for someone to find you. There are even moments I would give my boat, I would pay with my whole life to get out of there. But then the next day, the sun comes back, the wind has calmed, Monique has laid an egg and life begins again."

And while Soudée might be onto something with having a laying hen aboard a sea voyage, the history of maritime travel has been relatively chicken-free, not to mention female-free in general. Cats have historically been the most popular onboard pets, as they're useful for killing the mice and rats that stow away on sailing vessels and spread disease, chew ropes, sails, and woodwork, devour the crew's rations, and damage the ship's precious cargo.

You can follow the progress of the Yvinec and her crew on Instagram and Facebook, and on the expedition's own website. Definitely check those out if photographs of a chicken sitting on icebergs interests you even remotely.

Is It a Nice Day for a Ghost Wedding? 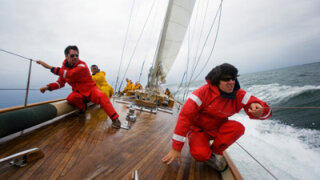 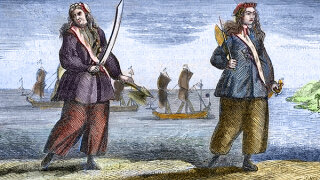 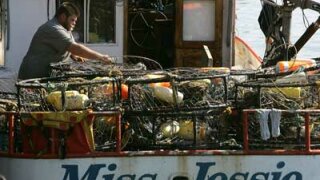 Why are fishermen superstitious of bananas?