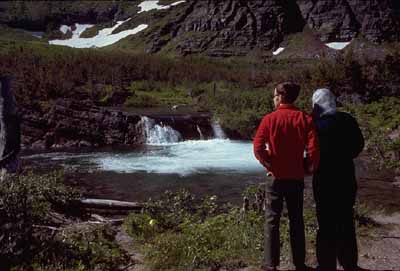 Without a doubt, Glacier National Park is one of the most spectacular parks in North America. Some have gone so far as to call Glacier National Park "Little Switzerland" because of its tall spires, deep valleys, and plunging canyons. Located between Kalispell and Great Falls, Montana, the park is the southern section of the Waterton-Glacier International Peace Park, which the United States shares with Canada. There are more than 50 glaciers, which can be explored by horseback, boat, bike, or foot.

Other services: Eight park lodges and motels and 13 campgrounds

Glacier National Park is adorned with 200 lakes and drained by 936 miles of rivers and streams. The park is made even more magnificent by two especially graceful ranges of the northern Rockies and dozens of glaciers that seem to flow down every high mountain valley.

The park contains a network of well-maintained hiking trails, making its meadows, lakes, and streams easily accessible. For Glacier National Park sightseeing tips, go to the next page. 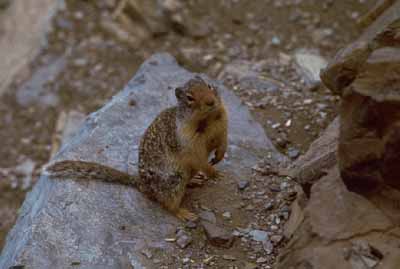 Glacier National Park's 1,600 square miles, which make it almost as large as the state of Delaware, offer "the best care-killing scenery on the continent," in the words of pioneer naturalist John Muir. The mountains of Glacier are not especially high when compared with those in other national parks in the Rockies, but dramatic contrasts in elevation give the park its own special grandeur.

No trip to Glacier is complete without a drive up and over the Going-to-the-Sun Road, arguably the most beautiful drive in the entire national park system, with its vast expanses of tundra, falling cataracts, soaring peaks, and scenic valleys.

The highway provides a highlight tour of the park's major attractions: 10-mile-long McDonald Lake, the park's largest; McDonald Falls; Avalanche Creek, where there is a trailhead for a self-guided nature walk; the precipitous Garden Wall, a section of the Continental Divide created by glaciers on both sides of its ridge; Logan Pass, atop the divide; the lovely Hanging Garden Walk; and Jackson Glacier.

Glacier's climate is dominated by cool, wet weather from the Pacific Northwest. The abundance of rainfall makes the forests lush, green, dense, and damp. The park's western slopes, which catch most of the moisture, are more lush than those facing east.

The vagaries of elevation and weather combine to produce four distinctive life zones within the park: grassland and prairie; the Canadian zone, with massive lodgepole-pine forests covering hundreds of square miles; the Hudsonian zone, a transition area with whitebark pine, alder, and other trees that are able to withstand long winters; and the Arctic-Alpine zone, with so-called krummholz, or "crooked-wood," forests of gnarled and dwarfed fir.

This unusually extensive range of topography supports a remarkable array of plants and wildlife. More than 1,000 plant species provide haven and food for 60 kinds of native mammals and some 260 species of birds.

Moose are the park's largest mammals. There also are white-tailed and mule deer, as well as elusive herds of elk and a variety of small mammals, such as badgers, rabbits, ground squirrels, pine martens, and coyotes. Mountain lions and rare northern Rocky Mountain gray wolves also have been spotted.

Grizzly bears, cousins of the smaller black bear, are the park's most famous residents. Considered endangered, about 300 - 600 grizzlies roam the park and neighboring wilderness lands. Distinguished by a hump on their shoulders, grizzlies generally eat grasses, berries, and roots, despite their reputation as aggressive predators.

Where to See the Plants and Animals

Visitors often spot small family bands of the elusive mountain goat near the trail to Hidden Lake on Logan Pass. Grizzly bears are frequently observed on the 14-mile trail along the Garden Wall, especially in the autumn when the huckleberries are thick at higher elevations. Black bears are sometimes spotted in the avalanche slides near the park roads. Shiras moose are commonly seen in the river and stream meadows at lower elevations.

The high country of Glacier is well known for its spring and summer wildflower displays, including bear grass (not a grass but a lily) with its tall stalk and gigantic cream-colored flower heads, avalanche lilies, purple gentians, larkspur, and Jones columbine.

This stunning wilderness realm offers more than 700 miles of trails for hiking and horseback riding. If you can find the time, you might want to follow John Muir's advice: "Give a month at least to this precious reserve. The time will not be taken from the sum of your life. Instead...it will make you truly immortal."

Glacier National Park presents the Rocky Mountains of Montana as you might imagine them: granite peaks with glimmering glaciers fitted into their gorges; fields filled with wildflowers; lakes as deep and blue as the summer sky; cascading waterfalls; grizzly bears roaming the rustic terrain; wooded slopes; and miles and miles of wilderness trails.

Be sure to bring a camera along, and don't pass up these amazing photo opportunities:

Long before it was established as a national park, Blackfoot Indians inhabited the region. To learn about the history of this part of Montana, check out the next page.

The History of Glacier National Park 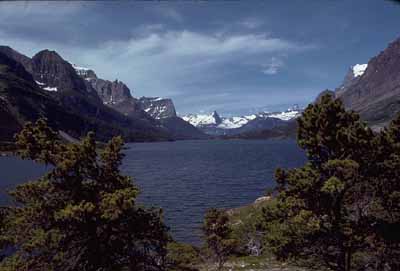 The remnants of dozens of glaciers still cling to the walls of great rock amphitheaters, which are called cirques, in the mountains of Glacier National Park. At lower elevations, glaciers have carved out the landscape of the park from layers of sedimentary rock, consisting of mudstone, sandstone, and limestone.

The park's two chief mountain ranges, the Livingston and the Lewis, form the backbone of Glacier. They began to be thrust up about 60 million years ago. Erosion, in the form of wind, rain, snow, and flash floods, started working on these ranges soon after. But the major carving of the mountains started about three million years ago with the Pleistocene epoch, during which four distinct glacial periods occurred. The last of these ice ages took place only 10,000 years ago.

The area of the park once contained 90 glacial remnants of this last ice age, but only about 27 remain. Two of the glaciers, Grinnell and Sperry, are easily accessible to hikers. Each is about 200 to 300 acres in size, and both are tucked into high shady hanging valleys where they continue their work of sculpturing mountains, valleys, and lakes.

The area's sheltered valleys and bountiful wildlife have lured people there for more than 10,000 years. Ancient tribes tracked buffalo across the plains, fished the mountain lakes, and crossed the high passes. The Blackfeet, whose reservation adjoins the park to the east, controlled the region during the eighteenth and most of the nineteenth centuries. The Kootenai and Salish Indians also lived and hunted buffalo in the western valleys, and their reservation is currently located southwest of the park.

The Lewis and Clark Expedition passed near to the borders of the park in 1806, and trappers searched out beavers in the area early in the 1800's. When the Great Northern Railway was completed in 1891, settlers began to establish communities in the surrounding lands.

The U.S. government acquired the land east of the Continental Divide in 1895 from the Blackfeet when prospectors clamored to tap the land's undiscovered resources. Neither gold nor copper were ever located in large amounts, and eventually visitors to the area began to appreciate the land for its spectacular beauty.