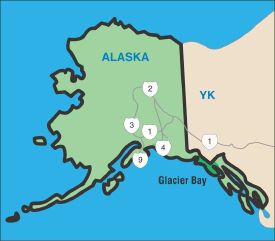 Glacier Bay National Park -- Alaska's southernmost park -- is inaccessible by car, but flights to Gustavus from Juneau, Skagway, and Haines are conveniently scheduled. Surrounded by towering mountains, some of the tallest in Alaska, and presenting 16 massive tidewater glaciers to the sea, Glacier Bay is one of the most important wildlife habitats in the state. The park contains wildlife of all kinds, from marine mammals (humpback whales, minke whales, killer whales, porpoises, seals, and river otters) to large land mammals (Yukon moose, Alaskan black and brown bears, wolves, and black-tail deer).

Other services: One information center, four park lodges, and one campground.

When John Muir first visited Glacier Bay on his 1879 Alaskan trip, he called the place "a wonderland" and "one of the sublimest spectacles of nature." Glacier Bay is, indeed, just that. It is also a living laboratory where scientists can study the natural processes that occur during the retreat of a glacier. The ice here is moving back from the sea at a spectacular rate; it is the fastest glacial retreat on record.

Visitors to Glacier Bay are awed by the snow-capped mountain ranges, coastal beaches with protected coves, deep fjords, tidewater glaciers, coastal and estuarine waters, and freshwater lakes. Such diversity of natural habitats is one of the reasons Glacier Bay is among the crown jewels of the national park system. On the next page, read more about sightseeing in the park. 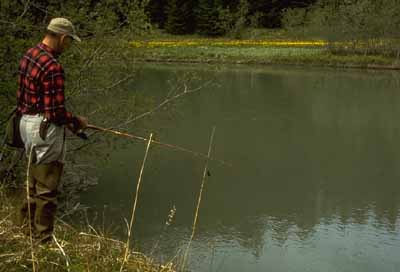 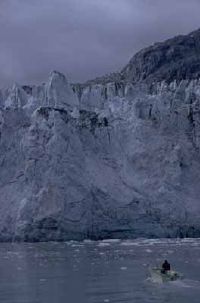