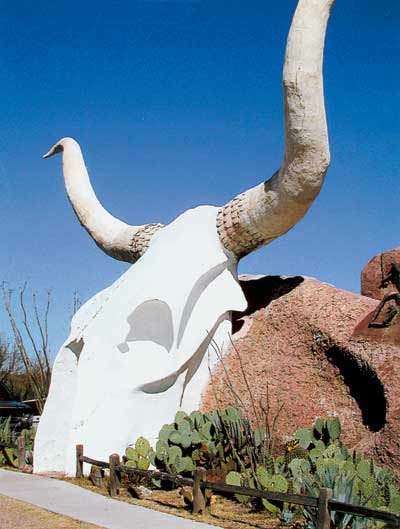 The Longhorn Grill in Amado, Arizona, has been used as a restaurant as well as a location for several movies.
Publications International, Ltd.

It's difficult to imagine a restaurant more Western than one shaped like a giant longhorn skull. That's the case at the Longhorn Grill, a desert outpost of an eatery built in the 1970s in the saguaro-studded sands betw­een Tucson, Arizona, and Nogales, Mexico.

Besides functioning as a restaurant, the building has been used as a location for several movies, including Alice Doesn't Live Here Anymore.

Blast off to the next page for a look at the Space Age Lodge.