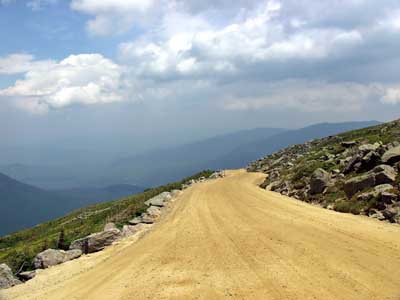 Located in central New Hampshire, White Mountain National Forest (also known as "the Whites") attracts more visitors than Yellowstone and Yosemite national parks combined. Roughly 770,000 acres, it includes the Presidential Range, so named because its peaks are each named for an early U.S. president. Its showpiece is Mount Washington. Among the park's scenic deep mountain passes, called notches, are Pinkham, Franconia, and Crawford.

The Whites have seemingly endless trails with picturesque vistas for you to explore during all seasons. The region offers hiking, cycling, canoeing, climbing, and fishing in summer; and snowshoeing, snowmobiling, and cross-country and downhill skiing in winter.

The Appalachian Mountain Club is quite helpful for hikers. It operates a system of hikers' huts (dormitory lodges) in the Whites, chief of which is their Pinkham Notch Visitor Center.

The towns and villages in the area contain plenty of other attractions for families, including the Conway Scenic Railroad, the New England Ski Museum, Story Land, Santa's Village, and a number of water parks.