by Melanie Radzicki McManus Sep 30, 2019
Journalists walk the footpath of "el Caminito del Rey," a narrow walkway carved on the steep walls of a pass in Ardales near Malaga, Spain in 2015. The path was closed between 2001 and 2015 after five hikers fell to their deaths. JORGE GUERRERO/AFP/Getty Images

The sight is arresting. And rather alarming. Small knots of people inch along narrow boardwalks bolted to the sides of sheer cliff faces, as the opaque, green Guadalhorce River roars more than 300 feet (100 meters) below. I'm staring at photos of el Caminito del Rey, a unique pathway about 30 miles (50 kilometers) northwest of Málaga in southern Spain.

Once considered one of the world's most dangerous trails, the rebuilt passage is a major international tourist attraction today, drawing hundreds of thousands of intrepid souls annually. I am determined to be one of them, despite my fear of heights.

But what will happen once I am suspended hundreds of feet above the ground on one of those tiny boardwalks? Will I have a panic attack? Have to crawl the entire way? Faint? There is only one way to find out. So I score some tickets and head to Spain.

Fit for a King

El Caminito was built between 1901 and 1905 to allow maintenance workers access to the region's new hydroelectric power plant infrastructure, which zigzagged through the impressive limestone Gaitanes gorge. Soon local villagers and children began using the path, too, as it was a faster route to school and the neighboring communities than walking around the mountain.

In 1921, Spain's King Alfonso XIII hiked along the trail during its official opening, causing someone to dub the path "El Caminito del Rey," or "The King's Little Pathway." The nickname stuck.

Time passed, and el Caminito del Rey became obsolete. Untended, its metal railings fell away and large chunks of the concrete flooring crumbled, leaving just the support beams. Adrenaline junkies and rock climbers who frequented the gorge, a climbing hotspot, were intrigued by the curious, dilapidated path and began trekking along it. But due to its deteriorating condition, more than a few suffered injuries – and some, even death. After five people met their demise on el Caminito between 1999 and 2000, the Spanish government shut it down, demolishing its access points.

The video below shows an intrepid hiker taking on the dangerous path before it was restored.

Eventually, government officials realized the alluring path's potential as a tourist attraction. And so in 2015, el Caminito del Rey was reopened after a major reconstruction, which included guardrails along the path and wooden slats replacing the concrete. The restoration won the Europa Nostra Award for heritage conservation.

Today's el Caminito del Rey is a hiking route stretching nearly 5 miles (7.7 kilometers). It consists of access paths and two boardwalk segments linked by a forest trail. The boardwalks, built just above the original, are often suspended more than 325 feet (100 meters) above the Guadalhorce River, and unspool a total of about 1 mile (1.5 kilometers) along the gorge's rugged, limestone cliffs. About 3 feet wide (1 meter) in most places, they sport railings and security fencing on their exposed side.

It takes the average person three to four hours to complete el Caminito del Rey. During this time, you may spot Spanish ibex, European vultures, Aleppo pines and eucalyptus, among other flora and fauna. You can also see the remains of some of the old homes and bridges once used by the workers, and the original dam. Near the trail's end, the path leads across a swaying suspension bridge linking both sides of the gorge.

Not So Scary Anymore? Well....

My trek begins by hiking along a dirt access road, which is decidedly not scary. At the entrance gate near the reservoir, everyone receives a construction-type helmet and is placed into groups according to the entrance time on your ticket. Every 15 to 30 minutes, another group is allowed to head out. Soon our group of a dozen or so people are released onto the path, and we're off.

The water rushes from the reservoir and down a steep, rocky slope in a deafening roar as I begin walking along the boardwalk, a towering wall of limestone to my right. But the boardwalk is so sturdy and firm, I'm not nervous at all. Curiously, this brings both relief and a tiny ping of disappointment.

My nerves do start jangling when I get a good look at the previous path, which often curves into view when looking ahead or behind. It appears to be a scant 18 inches (45 centimeters) wide with a slim handrail and no side rails. No wonder some thrill-seekers pitched to their deaths. One misplaced step is all it would have taken.

About two hours into the hike, I reach the suspension bridge leading to the final section of boardwalk. My palms begin to sweat as I contemplate the slender, airy structure. My head knows it's as safe as the boardwalk, even with several people on it at once. But it's bobbing up and down, and there is no rock wall on one side to cling to.

I pull out my phone and get the camera ready so I don't have to spend any more time on the span than necessary. Then I carefully step on and begin to walk across. The bridge sways and lurches with each footstep. More unnerving, though, are the wind gusts that suddenly buffet me. We'd been so protected edging along the cliff walls, I hadn't noticed even the slightest breeze.

I know I should be enjoying the unobstructed views of the river far below, and the sight of the people still on the boardwalk behind me, who look like tiny specks moving along the cliff face. Instead, I fix my gaze on the solid rock wall in front of me and keep moving forward. Halfway across the span, I pause for a quick peek at the view, and to snap the requisite photo, then scurry across to the opposite side. The bridge crossing probably took a scant two or three minutes, but it seemed much longer.

About 45 minutes later, I'm off the cliff and back on solid ground near the El Chorro train station, the path's official ending point. Removing my helmet, I mentally cross another adventure off my bucket list and automatically begin contemplating another.

Interested in experiencing el Caminito for yourself? Be aware that due to safety and environmental constraints, annual traffic is capped at 300,000 visitors. This figure is easily reached every year, with tickets selling out well in advance. But any hassle involved with scoring tickets is well worth it. For there aren't many trails in this world that are this crazy, or that offer such incredible views.

Note: The path is open every day of the week except Mondays and a few days during Christmas week. The website recommends that you be reasonably fit if you're going to undertake this.

Bobcats Are Back From the Brink (and Possibly in Your Backyard) 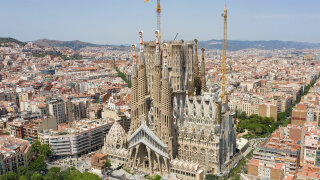 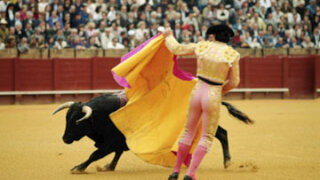 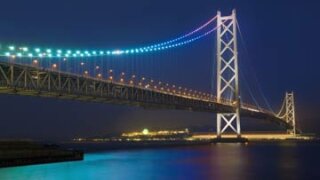