People love getting free airline trips courtesy of their frequent flyer miles. But over the years, it seems as if airlines have made it harder for consumers to get those free flights, either by raising the number of miles needed or restricting when the miles can be used, among other practices. So, what's the best way to use these miles?

"It's not an issue so much of how you use the miles, but when you use them," says consumer advocate and travel expert Christopher Elliott. "Miles are a depreciating asset. When you put them in the bank, which is your frequent flyer account, they immediately begin to lose value, and you can see that very clearly. Roughly once a year, the airline will 'enhance' its program, and in 'an effort to serve customers better,' will increase the redemption levels for tickets and that means that your miles have just lost value."

With that in mind, experts say it's best to avoid trading actual cash for airline credits that fluctuate in value. Even at a discount, the price of airline miles is about two to three times their actual value ("actual value" is determined at the time of redemption, since it can vary so much). As a report in U.S. News & World Report puts it, buying airline miles "is a little like purchasing overpriced gift cards."

Airline loyalty programs do their best to obfuscate the actual value of their rewards and guide customers toward redeeming them for low-value rewards. Elliott says the best way to redeem airline miles is to use only the miles you accumulate traveling, and for more travel as soon as you can.

Here's why: A 2017 NerdWallet survey determined seven out of eight airline loyalty programs sold miles at about twice their actual value. Even special promotions are still way overpriced.

"You should first look at how airlines value their own miles," says Elliott. "You can go to an annual report of any airline and see what value they place. It's usually about 1 cent. So if you're buying an airline mile that costs more than 1 cent, you're probably overpaying for it."

When You're Short on Miles

If you don't have enough miles to get a free trip, you have other options besides buying more miles. If your airline lets you pay for a ticket partially in points and the rest in cash, that is usually a better value than spending that cash on points to add to your account. Or if your airline offers "saver" or discounted award seats, consider traveling on off-peak days or times so that your miles can get you one of those seats.

There is one time when you should pay for miles, Elliott says: If "you've almost reached a threshold, let's say it's 25,000 miles for that domestic ticket, and you have 24,500, you can pay a couple of bucks for that extra 500 miles and then you can fly, that might be worth it for you."

Even then, you have to be careful not to spend too much. Instead, if you have a rewards credit card, see if you can transfer points at a 1:1 value to meet your target.

Elliott also cautions against the allure of collecting miles just for the sake of collecting. If you're spending money you don't have or buying things you don't need just to pad your loyalty account, that is a terrible use of airline miles.

"Once you've got some points in your account, you've got status, you feel very special, and you want to find ways of getting more, even when you're doing something that's bad for you to get more," says Elliott. "You're doing mileage runs and you're spending money on credit cards, money you might not even have, you're churning credit cards [and] manufacturing spending [to meet credit card requirements]. These are the pro tips that you're going to hear from the other people, and I would just say my pro tip is to not do any of those things."

Better yet, he adds, stay away from airline loyalty programs altogether, "unless you travel so frequently that it would not make sense to not participate."

Now That's Interesting
A lot of travel bloggers and loyalty point hoarders advocate a practice called credit card churning. Churning works by constantly applying for credit cards with big points bonuses, meeting the minimum spending to earn the bonuses, canceling the cards and repeating the process. It's a risky practice: Miss a payment or a closing deadline, and you'll end up paying hefty interest or annual fees, trashing your credit score, or getting banned by the credit card companies entirely.

If the Idea of a Phone Call Triggers Serious Anxiety, You're Not Alone

Love It or Hate It: Stop-start Technology Is Here to Stay 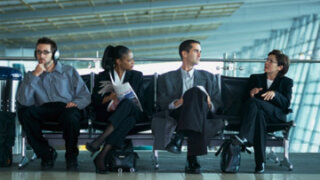 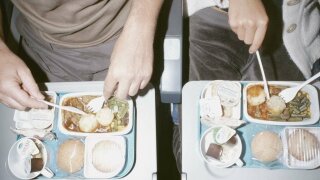 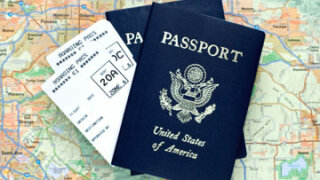 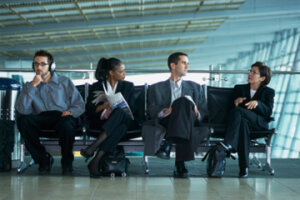 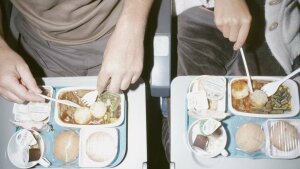