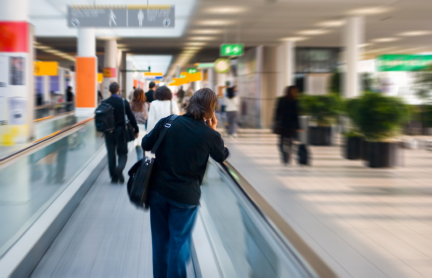 In spite of their advantages, e-tickets have some disadvantages. A computer crash could cause a passenger's reservation and other information to simply vanish. Most networks have backup systems in place to prevent such an occurrence, and passenger printouts of e-ticket documents can guard against this, but it remains a possibility and has happened in the past. Also, frequent flyers, such as business travelers, might make last-minute changes to their plans and forget to use the original e-tickets or apply their value to another flight. In that case, the old paper ticket might serve as a simple reminder.

With its much-improved efficiency, e-ticketing also could make some jobs, such as those at travel agencies and airline reservations desks, obsolete, adding to unemployment.

With world conflicts and security a constant issue, some experts argue e-tickets and the procedures associated with purchasing and using them make it harder to detect risks. Foreign travel also can be hindered using e-tickets, as some countries require seeing a return ticket before allowing travelers into their countries in order to ensure they are not flouting their immigration laws.

Although e-tickets can be more flexible under some circumstances, their holders can be at a disadvantage to paper ticket holders in the event a last-minute cancellation forces them to transfer to another airline. Because airlines largely invented their own networks and procedures for issuing e-tickets early on, they are not always compatible, meaning hassles for the passenger trying to transfer a ticket.