Browse the article How Holi Works 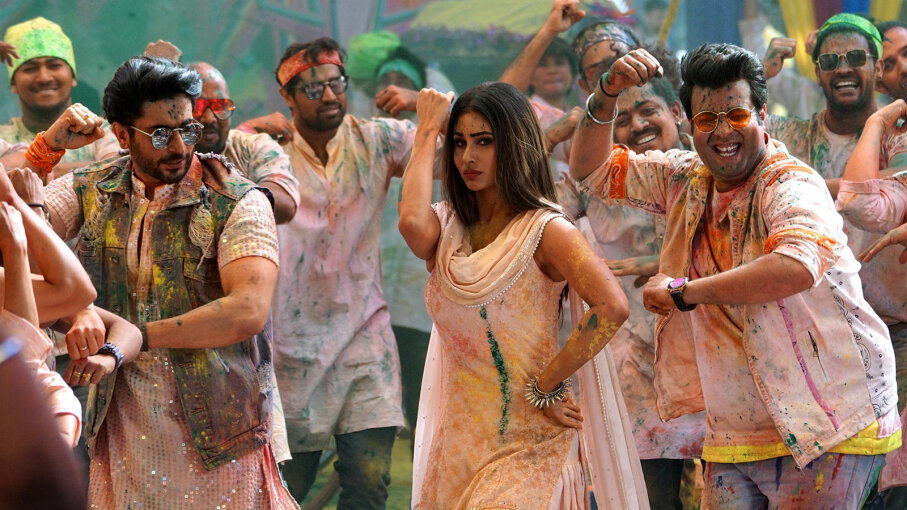 Springtime often means a celebration of the earth's rebirth -- a time when people find hope in a fresh start. In India, and especially in the northern part of the country, that hope is embodied in Holi, a day when entire towns are drenched, literally, in color [source: BBC].

Splattering neighbors and strangers and buildings in paint and colored powder is the most obvious sign of Holi. It's pretty tough to miss -- pink- and red- and yellow-covered people dancing in streets, those streets suddenly purple, green and gold, the very air filled with gulal, a powdered pigment that comes in every color imaginable. Street stands everywhere are piled with it.

But the colors aren't the only signs. And they're definitely not, from a cultural perspective, the most significant aspect of the holiday. Holi, for a single day, erases one of the core components of Indian society (and seriously distorts a few others). During the full moon of the month of Phalgun, roughly the Western calendar's month of March, India is a different world.

But first, some history. Holi, in some form, has been around for many centuries as a welcoming of spring, but over time it has come to signify something more.

Mentions of Holi, or at least a celebration very much like it, go back at least as far as the 7th century, and today's festival may look a lot like it did back then. A playwright from that time describes a day of throwing of colors and an overall sense of elation [source: BBC].

In more recent times, the rebirth and hope of spring have become only part of the holiday's equation. Somewhere along the way, legends were attached the day. One ties Holi to the moment when Lord Shiva, a Hindu deity, first opened his third eye [source: The Hindu]. Another says Lord Krishna, an incarnation of the Hindu religion's main god Vishnu, occasionally enjoyed some mischievous color-throwing with his consort Radha and the children of his village [source: The Hindu].

But mostly, Holi has come to be associated with a particular tale of Lord Vishnu's greatness, a popular legend among his followers: the against-all-odds salvation of Prahlad.

It's a classic tale of good over evil: The pious son of a blasphemous king, Prahlad was forced to choose between his father and his god. The father, King Hiranyakashipu, had come to believe he was more powerful than Lord Vishnu, and demanded that his subjects, and his son, worship him above all others. Prahlad, deeply religious, steadfastly refused, and the father ultimately decided the son must die.

The king enlisted the help of his sister, Holika. Holika was immune to the effects of fire, and at the king's command she dragged her nephew into a burning pyre. Prahlad, amidst the flames, prayed.

Instead of burning, Prahlad walked from the fire alive. His aunt, on the other hand, burned to death, made suddenly vulnerable to the flames by Vishnu, who answered his follower's prayers -- proof that the good of Vishnu was more powerful than the evil of the king.

This -- the death of Holika -- more than any other, is the story told at Holi, and in many parts of India, the festival incorporates a ritual re-enactment, one that typically begins the night before the day of color.

All Colors, No Caste

A woman in Uttar Pradesh dances in the cloud of Holi colors.
© MORANDI Bruno/Hemis/Corbis

Like most other spring celebrations, Holi is a day of joy -- dancing, music, general playfulness, and throwing color with abandon and complete impunity. Absolutely everyone who participates is coated in it. People flood the streets with paint containers and water guns and buckets of gulal, the deeply saturated pigments in powder form. Children throw it on adults, employees throw it on bosses, and even the highest government officials are fair game [source: BBC].

The removal of socio-economic distinctions and behavioral norms, most stunningly the Indian caste system, which enforces strict separation between the high- and the low-born, is a key piece of the festivities. It is utter, happy chaos; a day of equality and role reversal. In some areas, children spend the day telling their parents what to do. Men and women may engage in mock battle, with the women coming out the victors (by design) [source: BBC].

And color hides all class lines. With the rich and the poor alike disguised by it, Holi is the single day of the year when caste disappears [source: Britannica]. On that one day, everyone is alike.

Before the colors, though, another rite introduces the holiday. In many areas, the celebration begins early, with a recreation of Vishnu's saving of Prahlad -- or more accurately, his destruction of Holika. The night before, or in the pre-dawn hours before the main event, people light bonfires in front of their homes, signifying the flames that killed Holika and the proof of Vishnu's power. Some make offerings of food while others burn Holika in effigy.

Holi, with its fires and colors, and its break from propriety, celebrates the victory of good over evil, rebirth and renewal, and somehow, in the joyful chaos, the unlikely evaporation of traditional Indian social definitions. Rich and poor, high and low, young and old, men and women alike celebrate together. And in a culture whose divisions are often considered written in stone, this likely removes Holi from the "dime-a-dozen" category of spring celebrations. Around the full moon of Phalgun, India's not just coated in color. It's transformed by it.

Holi is an Indian holiday, but I found it's celebrated elsewhere. I found pictures of New Yorkers, Londoners, South Africans and Pakistanis covered in Holi colors. In Salt Lake City, Utah, tens of thousands of people gathered for Holi in 2012. San Francisco, too, does Holi. So chances are pretty decent there's a Holi festival happening near you, But be warned: The color may not come easily out of clothes, or skin, or hair, at least judging by the number of Holi-color-removal instructional videos I came across in my research. I walked away with the feeling that if you go, you should wear clothes you wouldn't mind throwing in the trash. And maybe some goggles!