by Julia Layton
NEXT PAGE
At the end of the week, the Man (seen here) goes up in flames, but for many Burners, the social experiment continues year-round. Wikimedia Commons/(CC BY-ND 2.0)

Each summer, in the Black Rock Desert of Nevada, a city is born. And each year, about a week later, it disappears.

Black Rock City first appeared in 1991, the site of Burning Man, a weeklong festival attended by tens of thousands of people. Some of those thousands are dedicated followers to the social movement the festival has come to signify. Others are curious first-timers, testing their limits. Most, though, are just "regular" folks with "regular" jobs and "regular" lives who, for a week out of the year, escape all that and plunge into an entirely different world, where money is nothing, art is everywhere and absolutely everyone is welcome.

It's one of Burning Man's 10 principles: radical inclusion. Founded mainly by Larry Harvey (performance artist? activist? social designer?) in 1986, the festival started in California's Bay Area, when a bunch of friends built an 8-foot-tall (2.4-meter) man out of wood and set it burning on Baker Beach. Others were drawn to the flames. Burning Man began.

To call Burning Man a party would be misleading. Yes, the party runs 24/7 for a week. But for the movement's followers, those who get involved in running the festival, what it is, and has been from the start, is a social experiment. 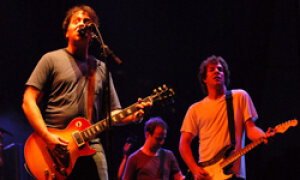 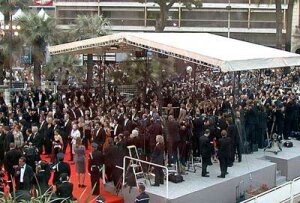