What are the best frequent flyer programs? 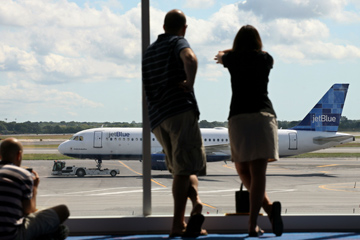 Asking what makes a good frequent flyer program, and what are the top benefits, is akin to asking "What's a good investment?" The usual (and probably best) answer is, "It depends."

Since frequent flyer programs made the jump from marketing zeroes in the 1980s to the profit heroes of today, airlines both big and small constantly change programs to retain relevance and appeal. The airlines have created a shifting landscape where absolutes like the number of miles earned have to weigh against issues of relativity -- like whether a consumer wants to focus those miles on free flights, executive privileges, or perhaps a better rental car or hotel room.

Most importantly, consumers have a choice, and that calls for vigilance. A flyer can no longer be a passive recipient of airline largesse -- at least not if he or she wants to get the most from a program. A consumer has to be active, involved and engaged. So what are the best frequent flyer programs?

For Tim Winship, publisher and editor of FrequentFlier.com, the answer has little to do with the programs. "Know thyself, that's the best advice," Winship said. Check into the programs, learn the ins and outs, visit review sites and read the blogs. The number of carriers is bewildering, as is the numbers of rewards programs and offerings, but while it may be a bit confusing, this means there's a program for just about anyone.

For true road warriors like George Clooney's character, Ryan Bingham, in "Up in the Air," frequent flyer benefits are akin to breathing, an autonomous response mechanism where little, if any, thought is involved. For the rest of the flying population there's some consideration involved in the programs, and those decisions begin at home -- or at least at the local airport.

Winship's baseline advice to his readers is to choose one program, rather than several, in order to get the most bang for the flying buck. And that decision depends on which airport is closest to home or even what airline a passenger may call home.

For example, a flyer traveling from the Southeast to do business on the Gulf Coast wouldn't choose, say, Northwest Airlines for his or her benefits program. To take advantage of that particular carrier's program, the passenger would need to fly from Orlando, Fla., up to Chicago, and then back down to the Gulf to accrue any perks. This would be several extra hours (and several extra headache pills) in travel time for relatively little benefit. However, Delta flies out of Orlando and has a regular route along the Gulf Coast. It offers nice miles benefits, ease of use, and a lot of perks -- in other words it's a good bang-for-the-buck carrier.

Would it be perfect for everyone? Not at all. But if the program fits, then wear it.

Up next, we'll find out what benefits frequent flyers are really looking for.

Special thanks to Tim Winship, Editor and Publisher of FrequentFlier.com, for his help with this article.

Javier Alfonso works for a school textbook company as a material trainer and educational consultant. His route covers much of the southern United States and he's on the road about two to three weeks out of each month.

Javier would be considered a seasoned traveler, even shading into the road warrior status. But he still pays close attention to his program and chooses according to what he wants for perks from his carrier. "I wanted to earn as much as I could from the program, and the one I chose offered the most return for the least effort," he said. This strategy is the one Tim Winship endorses.

Winship said there's essentially little difference between the programs and even less incentive to lure one customer away from one carrier to another. "The programs are not the reason for flying airlines," Winship said. "They function more as tie-breakers (when choosing two similar airlines)." And while the programs are often slow to change (Winship said many customers are infuriated by frequent changes to the programs), they do add benefits on a regular basis and it pays to keep up with what the airlines are offering.

While only tie-breakers, there are a few benefits to consider in a program:

For more information about frequent flyer programs and other related topics, soar over the links on the next page.

The first frequent flyer programs came into existence in the 1980s as a way to market a particular airline and its offerings. Within a few years, these marketing programs (expected to be loss leaders), were actually starting to make a profit. The expansion of the programs to partner companies, like hotels and car rental agencies, allowed the carrier to make even more profit by "selling" the points to the partners and bringing them additional business.