by Michael Franco
Prev NEXT
6 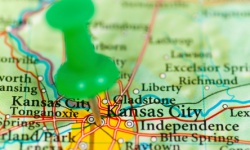 Kansas City street vendors today are putting the town on the map for more than steak.
iStockphoto/Thinkstock

Another well-attended music festival turns the spotlight on street food: Bonnaroo. And even though that giant jam is held in Tennessee, vendors drive their vans and Airstream trailers in from Florida, the Carolinas -- even as far as Kansas City.

Representing the Midwestern city was Good You, a "mobile organic eatery" that is getting a reputation for having KC's best burgers. When it's not keeping concert-goers well-fueled, Good You is doing the same around its hometown, with daily locations broadcast on its Web site.

Kansas City may have been a little slow to get in on the mobile food craze, but now that the town has embraced it, the scene is really starting to roll. Good You has some good company in vendors like The Magical Meatball Tour, which raised more than $10,000 for its venture on startup-funding site Kickstarter and serves up gourmet meatballs (they tweet their locations).

Port Fonda (20th and Main Streets) lets you take away drool-worthy tacos or reserve the only table inside the 1973 Airstream trailer. And Indios Carbonsitos on the Kansas side of the city at 10th and Orville serves authentic (and authentically delicious) Mexican food. According to the owner of Indios: "One day I had a crazy idea. Why not go out and get a food truck and make people happy on a daily basis?" Judging by the steadily climbing number of food trucks in the city, he's not the only one with the idea.

Bumped Off Your Flight? A Fistful of Cash Is No Sure Thing