by Michael Franco
Prev NEXT
8 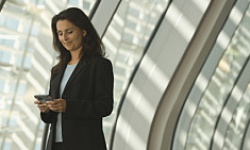 Thanks to Kogi Korean BBQ, Los Angeles often gets the credit for sparking the nationwide food truck craze. Started in November 2008, Kogi was the brainchild of Mark Manguera, who had the idea of combining Korean barbecue with a taco. Almost three years later, Kogi is operating five trucks.

But perhaps more revolutionary than the cultural food combination was Kogi's use of Twitter to announce its roving location. This idea brought people to neighborhoods they might never have visited before. It's been a true moveable feast (sometimes accompanied by deejays) ever since, and the Twitter truck craze has quickly spread across the country.

Kogi is in good company in LA. Great Balls on Tires offers Indian meatballs on rice; The Flying Pig specializes in pork belly buns and duck tacos; The Frysmith focuses on habanero chicken chili fries; Antojitos Carmen whips up mini squash blossom quesadillas; and Streets of Thailand serves its "legendary" Thai iced tea to wash it all down. Need something sweet after all that? How about a slice of buttermilk coconut pie and a rosemary almond cookie from Vici Victual?

Street food in Los Angeles even has its own app, fittingly named: Los Angeles Street Food. It's available at the iTunes store for $1.99 and will guide you to magical meals that cost little more than that all across the City of Angels.