Should you bring your kids on a Vegas vacation? 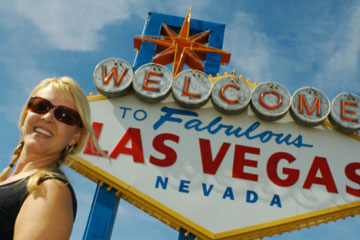 Image Gallery: Tourist Attractions Will your kids enjoy Las Vegas as much as you will? See more pictures of tourist attractions.
iStockphoto/Thinkstock

Whether you should bring your kids on a Las Vegas vacation depends largely on why you want to go there. If you're among the 15 percent of people trekking to the desert city to visit family, then you probably plan to bring your children [source: Green]. But if "what happens in Vegas stays in Vegas" is foremost on your mind, you might want to leave the kids at home. For the rest of you, the decision will likely come down to a basic cost-benefit analysis.

Let's face it: There are better destinations for a proper family vacation. There are less expensive spots where your kids won't be exposed to public drunkenness and streets littered with handbills that depict scantily clad women. Not all of Vegas is Sin City, of course, but you'll almost certainly wind up on the Las Vegas Strip at some point, especially if you're among the 85 percent who head to the city to gamble, or the 64 percent who head there to take in a show [source: LVCVA].

According to a 2006 survey, Nevada ranks among the top four most expensive states for daily vacation costs for food and lodging [source: AAA]. The good news is that prices are at their lowest in years. The average cost for a package-deal hotel room in 2009 was $75.78 per day, down from $101.68 in 2008. And the average cost for all hotel bookings was $92.93, down from $119.19 in 2008 [source: Green]. Average food and show spending was also down in 2009, but whether this was because the prices were actually lower or people were just choosing to spend less is unclear [source: LVCVA].

The most obvious family-friendly attraction in Vegas is the Adventuredome Theme Park at Circus Circus Hotel and Casino, which offers rides, laser tag, special effects attractions, mini-golf and mini-bowling. It's on the Las Vegas Strip, so it's perfect if you and your spouse want to alternate turns at the craps tables. At $14.95 to $24.95 a ticket, it's cheaper than Disney World at the gate. But additional costs for rides and laser tag will set you back an extra $7 to $4 each. Shark Reef Aquarium at the Mandalay Bay is another Strip option.

There are other family-friendly options away from the Vegas Strip, of course. The Lied Discovery Children's Museum offers a wide variety of hands-on exhibits for kids of all ages and costs $7.50 to $8.50 (children under one are admitted free). The Springs Preserve features gardens, live animal exhibits, music, a wetland train ride and hiking trails, all for only $4.95 to $9.95 per person (kids under five are admitted for free).

The bottom line is that if you want to spend time in Vegas with your kids, the city does offer some family-friendly options. Make some comparisons with other kid-friendly destinations to choose what's best for your family's vacation.