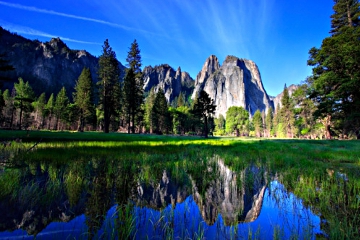 In 1864, President Abraham Lincoln signed the first law in history setting aside wilderness land for preservation. The features of what would one day be Yosemite National Park, the law stated, "constitute, perhaps, some of the greatest wonders of the world" [source: Kaiser] For hikers, this spectacular slice of nature is beyond awesome -- walking these mountains can be a life-changing experience.

The park encompasses 1,169 square miles (3,000 square kilometers) of land in the Sierra Nevada Mountains, which run down the eastern border of California. Located 195 miles (314 kilometers) east of San Francisco, Yosemite draws tourists and hikers from around the world. More than 4 million visitors showed up in 2010 and popular attractions can be mobbed. But 800 miles (1,287 kilometers) of trails are available and 94 percent of the park is designated wilderness, so finding seclusion is as easy as walking up a path [source: NPS Statistics].

Yosemite is a park for every season. In spring, the waterfalls are at their peak and wildflowers are blooming. The weather at Yosemite during the summer is usually ideal for hiking, with occasional thunderstorms but no prolonged rain. Fall offers cooler weather, perfect for strenuous hiking. In winter, snow can turn the park into a mystical landscape. The attractions are endless: waterfalls, groves of giant sequoia trees, two wild and scenic rivers, an exceptionally wide diversity of plants and animals, and dark night skies swarming with stars.

Many of the high peaks here, including El Capitan, Sentinel Rock and Half Dome, are granite outcroppings. They were pushed up eons ago by the same tectonic activity that gives California its earthquakes. Then they were scoured by massive glaciers, leaving U-shaped valleys and large areas of naked bedrock. Many great hikes ascend into these heights and offer open, ever-shifting panoramas. 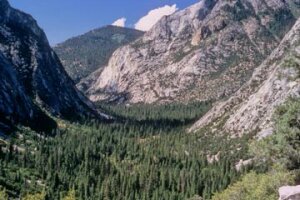 A Guide to Hiking in Sequoia National Park 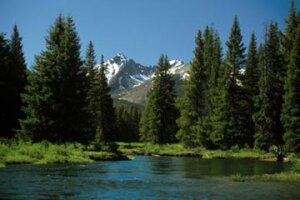