A Guide to Hiking the West Coast Trail 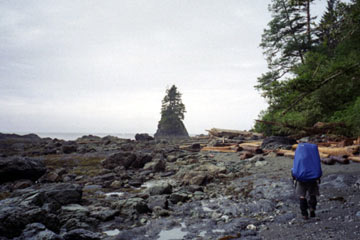 The West Coast Trail takes about one week to hike and is considered one of the world's most scenic trails. See more national park pictures.
iStockphoto/Thinkstock

The West Coast Trail (WCT) is a 47-mile (75.64-kilometer) hiking trail that traces the scenic southwestern edge of Vancouver Island in British Columbia. The trail passes through the rugged coastal territory, climbing up several ladder systems and crosses some of the Pacific Northwest's most striking beaches. The trail, which typically takes about one week to complete, is generally regarded as one of the world's most scenic hiking trails.

Historically, the WCT was part of a chain of ancient trade paths that were used by the Huu-ay-aht, Ditidaht and Pacheedaht First Nation tribes before Europeans ships began coming to Vancouver Island (and the trail still passes through tribal land). As ship traffic in the region increased, so too did shipwrecks. In fact, the coast off the southwestern edge of Vancouver Island is so treacherous that sailors knew it as "the graveyard of the Pacific." In 1891, the Carmanah Point Lighthouse was built to help guide ships, and a telegraph wire was strung along what would ultimately become the trail [source: Parks Canada].

The construction of new lighthouses didn't make the waters off of Vancouver Island much safer, though. Tragedy struck in 1906 when the SS Valencia sank near Pachena Point, taking 136 lives with it (only 37 passengers survived). After an investigation, a Canadian federal report called for a new lighthouse to be built at Pachena Point, and for a life-saving coastal trail with six shelters and provisions for shipwrecked sailors. After World War II, navigation technology had improved enough that the trail became obsolete, and by the middle of the century, trail conditions deteriorated. By the late 1960s, nature lovers began hiking the trail again, and in 1973 the WCT was designated a recreational hiking trail.

The trail is now part of Pacific Rim National Park, and several thousand people hike it every year (in 2009, for example, 5,842 hikers registered to hike the trail). But that doesn't mean that just anyone can throw on a pack and hit the trail. Hiking the WCT requires a good deal of planning. The trail is in much better condition than it was 20 or 30 years ago, but it's still challenging for most hikers, and it's probably too much for a novice to tackle. To get the most out of the WCT (or any trail), hikers are advised to do their homework and fully prepare for the trail, and to take their time when out on the trail. 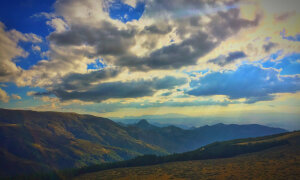 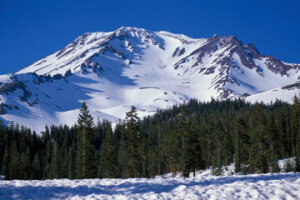 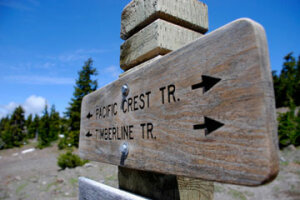