A Guide to Hiking the Santa Rosa Mountains

by Jacob Clifton
NEXT PAGE 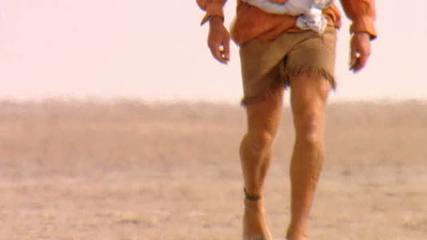 While hiking through the desert, Dave and Cody find that high winds, massive amounts of dust and heat don't mix too well.
Discovery

For most of us, the Palm Springs desert signifies a very specific, pretty intense image of hard-dealing moguls, aging starlets, impossibly expensive and well-kept golf courses, crazy castles, and other high-end real estate. But Riverside and San Diego counties also play host to some of the most diverse climatic and ecology zones in the country. Sometimes mountainous, sometimes desert, nestled between the Coachella and Colorado River Valleys, and between La Quinta to the north and Anza Borrego Desert State Park to the south, you can find some of the most beautiful and challenging terrain -- often, just minutes from the cities and suburbs.

Within the National Monument region -- which contains both the Santa Rosa Wilderness and the San Jacinto area northward -- the California Bureau of Land Management considers the Santa Rosas everything east of Palm Canyon, as the terrain moves from mountain to desert. The Northern range lies between that Palm Canyon divide and Highway 74, while the southern range runs from Highway 74 to the Anza-Borrego Desert State Park [source: Oh, Ranger].

Established by Congress as a protected Wilderness Area in 1984, Santa Rosa is a 72,259-acre (29,242-hectare) area of the Santa Rosa Mountains located mostly in the Santa Rosa and San Jacinto Mountains National Monument [sources: Wilderness.net, Oh, Ranger]. There are no paved roads, and the trails can be confusing when you're on them due to lack of landmarks, so it's important to stick to established paths and follow your map. As with any hiking expedition, it's best to turn back or take a loop once you've expended half your water. It's a desert, which means there's going to be a lot of sun, but you'll need to bring layers for longer hikes as well, as the weather can change quickly.

The best time of year for lower elevation trails is November through April; the more challenging higher trails are best explored in May through October. Cross-country travel and camping in Peninsular bighorn sheep habitat is only allowed from October to December. In this article, we'll talk about the specifics of the range -- its flora, fauna and history, as well as particular trails considered local favorites. But before hiking, remember to check with the National Monument Visitor Center for any alerts [source: USDA]. 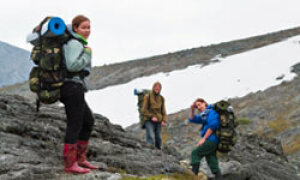 5 Items You Should Bring on a Long Hike 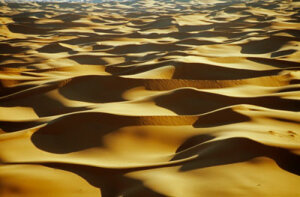 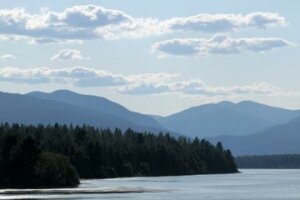