How to Save Money While on a Road Trip 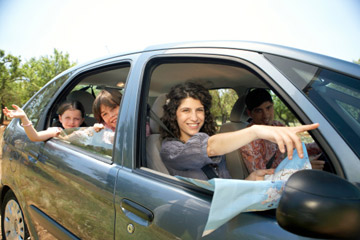 Road trips are great, but with gas prices so high, they can be expensive. What can you do to save some dough along the way?
iStockphoto/Thinkstock

Ever since the automobile became widely available in the early 20th century, road trips have been America's go-to way to travel. Just put your finger on the map and go: For the price of a tank of gas, one can travel at leisure to any number of exciting destinations. Ever seen the red rocks in Moab? The Golden Gate Bridge in San Francisco? What about the big city lights of Times Square in New York City? No matter which destination fires your fancy, a road trip allows you to travel at your own speed and stop at will to explore along the way.

With gas prices in 2011 hovering near $4 per gallon, however, the good old American road trip has become less and less of a bargain and more of a wallet-buster. Some tourist attractions and destinations are going so far as to offer incentives to offset the high cost of gasoline. In New York's Adirondack Mountain region, businesses like the Fort William Henry Hotel have been known to offer packages that include a $20 gas card and a buy-one-get-one-free dinner [source: Smith]. In spite of high gas prices, however, car travel remains one of the more affordable and efficient ways to travel. After all, airlines have to deal with increases in fuel costs, too. When gas prices go up, so does the price of plane tickets.

So, apart from trading your mini-van for a hybrid, what can you do to save money on a road trip? First, you can maximize your fuel economy by following all the great advice you'll find on travel sites like AAA.com, ViaMichelin.com, Frommers.com and countless others. These tips include keeping your tire pressure at the manufacturer's recommended PSI, removing excess weight from your vehicle and using cruise control to maintain a steady speed. Paying attention to fuel economy will only save you so much, however. In this article, we'll explore a couple of other great ways to save money on road trips. First up, let's talk about ways to avoid toll roads. 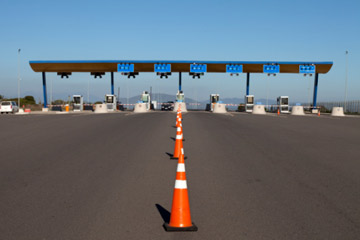 Skip the toll roads to save money on your trip.
iStockphoto/Thinkstock

Americans' ancestors dumped tea into Boston Harbor to protest taxation without representation. Now you too can stick it to the man by eschewing toll roads for more scenic routes. Tolls can be a significant road trip expense. Those of us unaccustomed to paying tolls will receive a rude shock when we reach for our customary .50¢ at a toll like the Delaware Turnpike. That particular toll fee has risen to $4!

Now that you've saved money getting to where you're going, let's talk about how to pinch pennies once you arrive. Free places to stop on road trips are up next.

Free Stops on a Road Trip 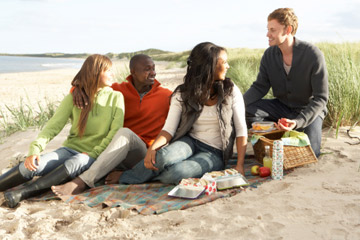 America is jam-packed with free and low-cost things to see and do; you just have to know where to look. A few free road-trip destinations include:

Perhaps some of the most famous free stops you can make involve the streets themselves. From Route 66 (Chicago to Los Angeles) to the Pacific Coast Highway in California, the sights along these iconic roadways range from historic to hair-raising. Along the way, you'll find myriad towns to explore -- each with its own unique history, culture and character. So, what are you waiting for? Get started on planning your next road trip now.

But before you hit the open road, you might want to take a peek at the handy links on the next page.