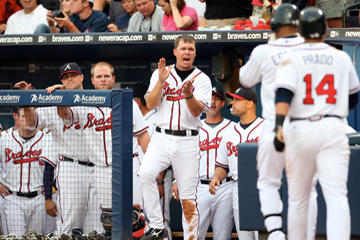 Spring blossoms and the smell of fresh cut grass bring a lot of things to mind -- sunshine, winter thaw, rebirth. Spring implies newness, a welcome change from the dreary winters that leave many housebound for months on end. Spring is bike rides, walks in the park and cool breezes. For baseball lovers, the dawn of spring can best be summed up in four short words -- pitchers and catchers report. As any baseball fan knows, the announcement that these players have reported to their Spring Training parks means that the first pitch of the season is right around the corner.

The origins of the game of baseball are generally tied to two men -- Abner Doubleday and Alexander Cartwright. While Doubleday is commonly thought of as the inventor of the game, it's Cartwright who was responsible for formalizing the game and shaping it into what it would soon become. In 1869, the Cincinnati Red Stockings became the first all-professional baseball team. In 2008, the same sport that saw Ty Cobb make $40,000 per year in the 1920s, paid Yankees third baseman Alex Rodriguez $33 million and generated total revenues of more than $6 billion [source: Isidore].

Despite the blemishes put on the eye of America's national pastime in recent years with the bloated salaries and allegations of steroid use, it remains one of the top two sports in the United States, alongside National Football League football. But even the fan fervor of the NFL can't match baseball's diehards. There are stories of New York baseball fans who have refused to even watch a game since their beloved Dodgers were moved from Brooklyn to Los Angeles in 1957. We've heard of Chicago Cubs fan Harry Grossman, who at the age of 91 had attended more than 4,000 games at hallowed Wrigley Field. We've wept during "Field of Dreams" and rooted for pitchers on the opposing team who are vying for a no-hitter, just for a chance to see history.

Baseball has roots almost as old as its country of origin. This rich history is what fans are after when they visit ballparks to watch the boys of summer take the field each night. It's the same history that inspires some fans to achieve what seems like an impossible feat -- visiting all 30 major league ballparks in a single season. But not only is it not impossible, it's achieved every year by the most dedicated fans. We'll take a look at just how you can accomplish the ultimate baseball road trip.