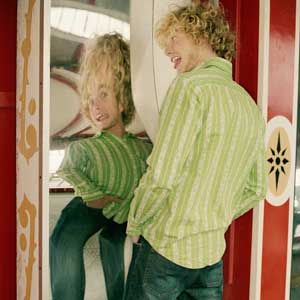 Most people have attended a county or state fair -- walked through the livestock barns, snacked on tasty fried treats, had fun on carnival rides, viewed the blue ribbon apple pie. You know -- the par-for-the-course activities you'd expect at a festival. But some small towns take their community festivals a bit outside those lines -- actually, far outside those lines.

Take the National Hollerin' Contest hosted by the eastern North Carolina town of Spivey's Corner -- population 49. This fair was established to revive the lost art of hollerin', so instead of rooster crows, you'll hear the crows of contest competitors as you roam the festival grounds.

Or, take Fruita, Colorado's Mike the Headless Chicken Days, a festival founded in honor of a bizarre historical event: In 1945, a Fruita resident's chicken survived without a head for a full 18 months. What better reason to host a festival?

You'll find these quirky events around the world, as small towns celebrate the unique traditions and occurrences that make their communities special. We'll take you from the hamlets of rural North Carolina to the villages of Spain to the beaches of South Korea -- 10 festivals sure to leave you puzzled and delighted by small town life.