The kitchen at Donald Trump's Maison l'Amitie house in Palm Beach, Fla. There's a gargantuan fountain in the driveway out front and 475 feet of oceanfront out back. AP Photo/Steve Mitchell

Believe it or not, the famous business tycoon known as "The Donald" ranks a lowly second on this list. But Trump's beachfront property has skyrocketed in value over the years. He purchased the estate in 2004 from a bankruptcy court for $41.35 million. Maison de l'Amitie is the former home of Abe Gosman, an executive in the health care industry.

Trump put the house on the market in 2006 for $125 million, but took a hit when the market collapsed. It sold in 2008 to Russian businessman Dmitry Rybolovlev for a "measly" $95 million [source: Chung].

The 80,000 square feet (7,432 square meters) of Maison de l'Amitie feature a ballroom and a conservatory, 15 full bathrooms and eight half-baths [source: Businessweek]. Not to mention the 18 bedrooms spread throughout the main house, guest cottages and tennis court. If the ocean is too salty for your taste, you can even take a dip in the 100-foot-long (30.4-meter) swimming pool.

If you've seen "The Godfather," you're already familiar with the next house. 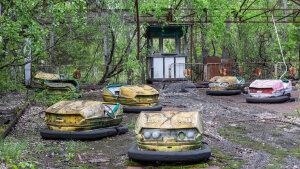